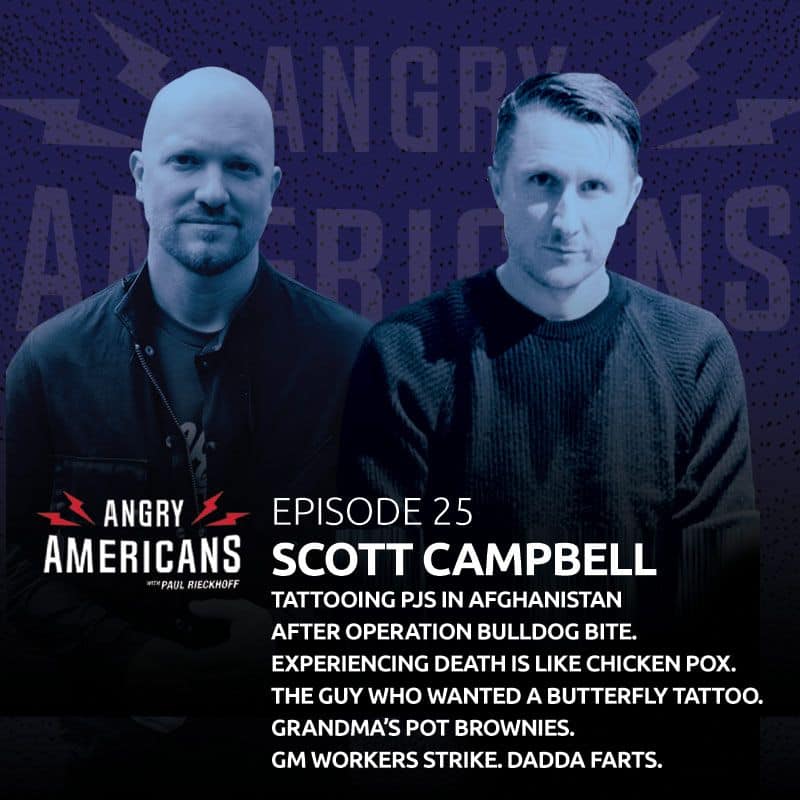 Starting at the lowest levels, sweeping floors and scraping to eat, he learned to become a master of the craft at Picture Machine, one of the oldest tattoo shops in California. He rose to become one of the most influential tattoo artists on the planet. Campbell built the legendary Saved Tattoo (@SavedTattoo) in Brooklyn and a client list that includes the most elite art and design and celebrity stars on the planet, like Marc Jacobs, Heath Ledger, Jennifer Anniston, Orlando Bloom and Penelope Cruz. And he’s also tattooed criminals inside a Mexican maximum security prison, working people all across America, and Air Force special forces pararescue PJ’s in Afghanistan after some of the fiercest fighting they’ve ever seen. He’s now at the forefront of marijuana innovation as the co-founder of Beboe (Beboe). Campbell has a wise and insightful voice that must be heard–especially right now. Paul Rieckhoff (@PaulRieckhoff) sat down with him at the Classic Car Club (@cccmanhattan) in New York for the most interesting interview we’ve ever had on the pod. It’s one that spans elements of culture, art, business and politics. It’s a conversation that will definitely surprise and inspire you.

And Rieckhoff digs into the most important and under-reported stories in America. From the GM workers strike, to the latest Democratic debate, to new tensions with Iran, to cuts to the military budget to pay for Trump’s wall, to Eli Manning’s benching by the New York Giants, Rieckhoff breaks it all down.