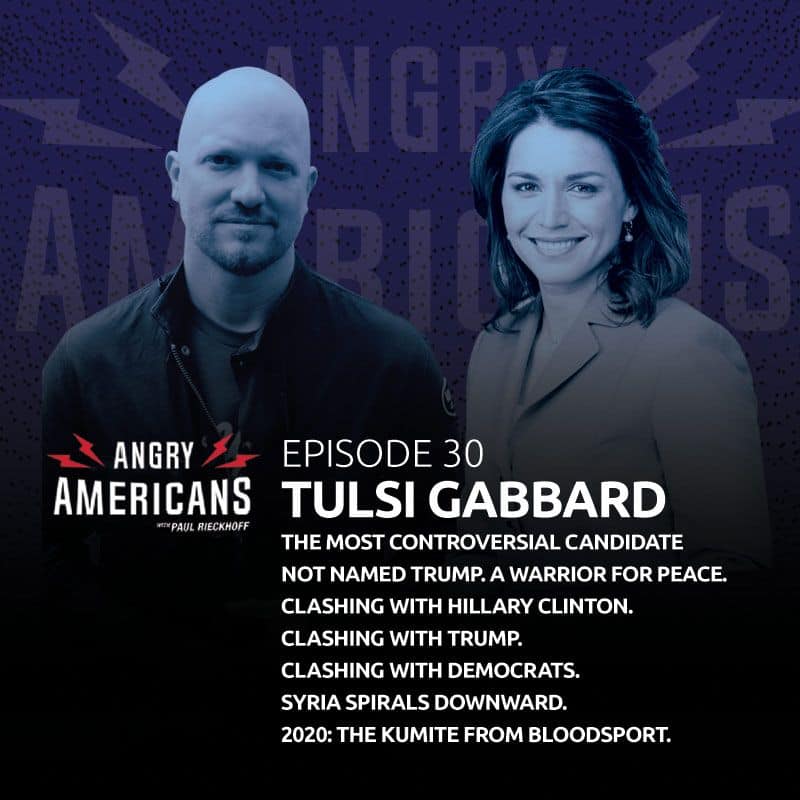 Inspirational leader or political spoiler? Super Hero or Bond villain? How you see controversial Congresswoman Tulsi Gabbard (@TulsiGabbard) depends on where you sit. Fresh off a headline-grabbing clash with Hillary Clinton, Gabbard sits down with Paul Rieckhoff (@PaulRieckhoff) for a no-holds barred, extensive and uniquely candid conversation. [28:50]

Gabbard is the first female combat veteran in history to run for President. She breaks it down with fellow combat veteran Rieckhoff for a focus on the national security, and veterans issues that are often left off the debate stage. The dynamic and spirited conversation is an insight into the battle to defeat Trump, the battle to defeat American’s enemies, the battle for the future of the Democratic party, and the battle to define the future of American politics. And this news-making episode of Angry Americans gets into all of it–along with why Gabbard doesn’t drink alcohol, what she really thinks of Vladamire Putin, Bashar al-Assad, Tucker Carlson and Joe Rogan—and what she gave up as a teenager to buy her very first car.

As a candidate for President, Tulsi Gabbard has vehemently opposed what she calls “regime change wars”. But she’s still an officer serving in the Hawaii National Guard. So if she was called up to active duty to fight in one, would she go? If elected President, would she again meet with Syrian dictator Bashar al-Assad? Will she leave the Democratic party and run as an independent? Find out now.

Host Paul Rieckhoff (@PaulRieckhoff) leads a fascinating conversation with Gabbard–and takes Angry Americans (@AngryAmericans) into the latest headlines you need to know about. From the devolving situation in Syria, to Secretary of Defense Esper’s struggles in the media, to Shaquile O’Neal’s good deed, Rieckhoff quickly takes you through news headlines that are important and inspiring.

If you’re not angry, you’re not paying attention. But there are also good reasons to be happy and inspired. Download the new Angry Americans podcast for free here now and get it all. And join the Angry Americans newsletter for free, exclusive weekly content at www.AngryAmericans.us. And go behind-the-scenes for video of the interview with Tulsi Gabbard and other recent guests including Samantha Bee, Bradley Whitford, Chris Cuomo, Wes Moore and Scott Campbell. 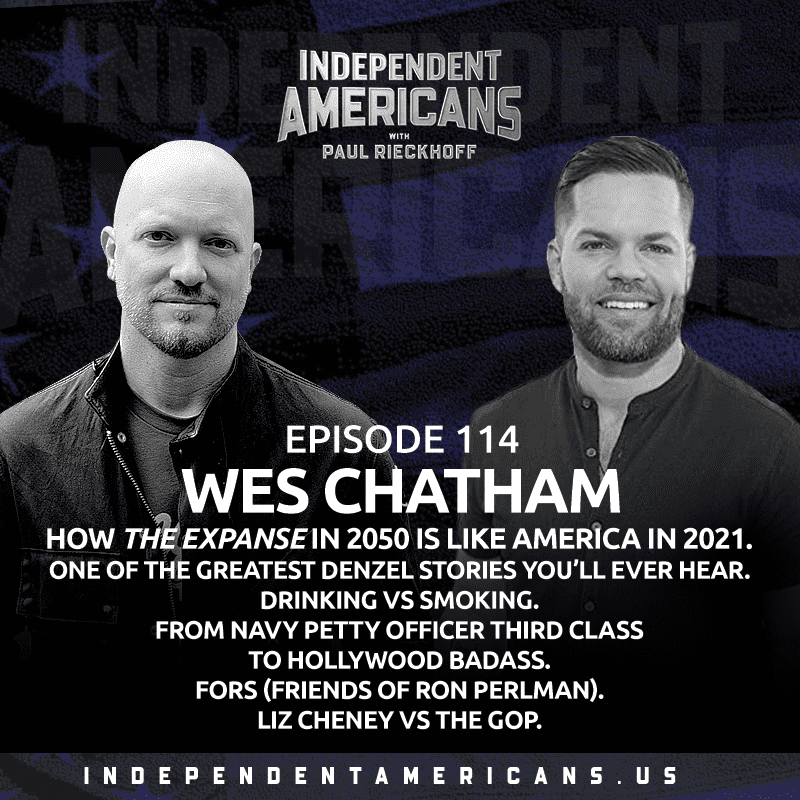