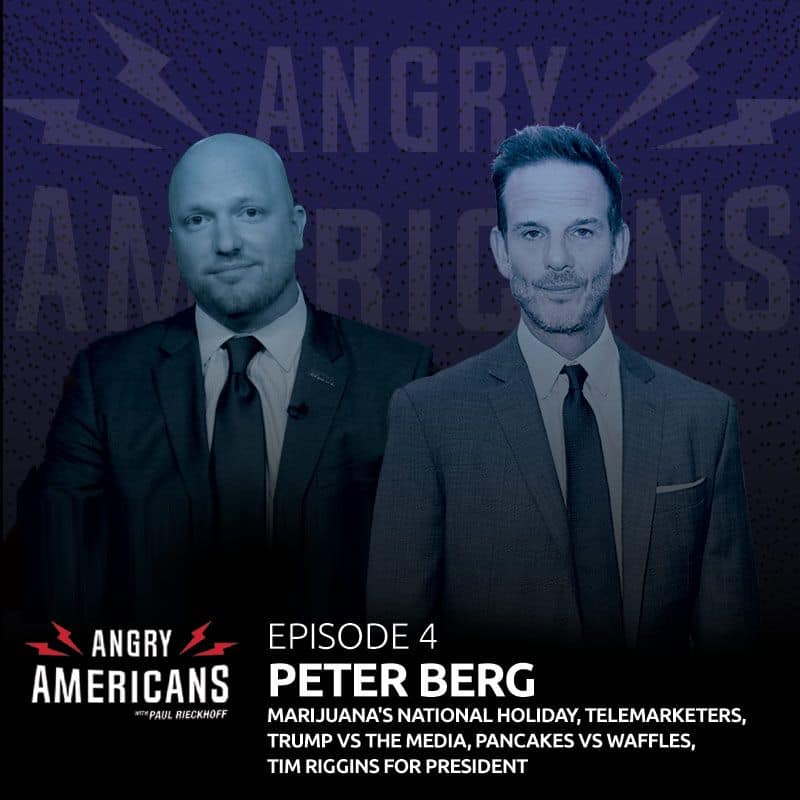 This freight-train episode dives into the most important (and overlooked) issues impacting Americans nationwide–spanning movies, sports and music. Paul Rieckhoff (@PaulRieckhoff) leverages his unique military, political and media experience to dissect the underreported national security and leadership elements of the Mueller Report, the attacks in Sri Lanka, Trump’s war with the media, the opioid crisis and more. It’s a unique look at the social and political elements of the NHL and NBA Playoffs, the “Camouflage Wave” of veterans running for elected office, and the history of 420 (the unofficial holiday of marijuana).

Rieckhoff welcomes a new important, iconic, inspiring guest that shaped America and is shaping our future. We go inside the exclusive and super cool Classic Car Club Manhattan for a fascinating and freewheeling conversation with mega Director, Actor and Producer Peter Berg. Berg (@pberg44 on Instagram) is one of the most powerful directors in Hollywood and the creative mastermind behind projects that have defined American culture and touch sports, music, war and the most important news events of our times. Berg is also working on a documentary with and about Rhianna, and talks about his first car, how he created movie and television phenomenons like Friday Night Lights, Entourage, Deep Water Horizon, Patriots Day, Lone Survivor and the Leftovers. He breaks down the NFL, patriotism in America and what color Peeps superstar boxer Canello Alverez likes. Hear about his preparation for a dinner with NFL Commissioner Roger Goodell, and go behind-the-scenes of the legendary NFL 100 Super Bowl commercial featuring the greatest football legends of all time-from Tom Brady to Deion Sanders to Jim Brown to Odell Beckham. Learn how the massive commercial was shot, how it forced the delay of halftime at the biggest game on the planet, and what it’s like to throw a pass to legendary Steeler RB, Franco Harris. And learn why Friday Night Lights and Tim Riggins are so damn popular in Hong Kong. Like every AA guest, Berg will tell you what’s got him angry. And what makes him happy. He’s a storyteller for America’s heroes and working people from Navy SEALs, to Boston Cops, to oil rig workers. In this no-holds-barred interview, it’s Peter Berg uncensored.

You’ll also get the updated inside political scoop on the critical fight in Washington for support for 9/11 First Responder heroes and Paul Rieckhoff offers a way to make a positive impact on an issue will matter to you and your community.If you’re not angry, you’re not paying attention. This show is for anyone who cares about your country–and wants to learn where it might be headed. It’s a fun and inspiring episode of the new podcast that was featured in Variety Magazine and is making waves nationwide. It will bring you Integrity, Information, Impact, Inspiration. So turn off the cable news nonsense or that blowout playoff game, hit that download button and hear a show that really matters. One that will empower you with information for your next conversation at the bar, on Twitter or at your dinner table.