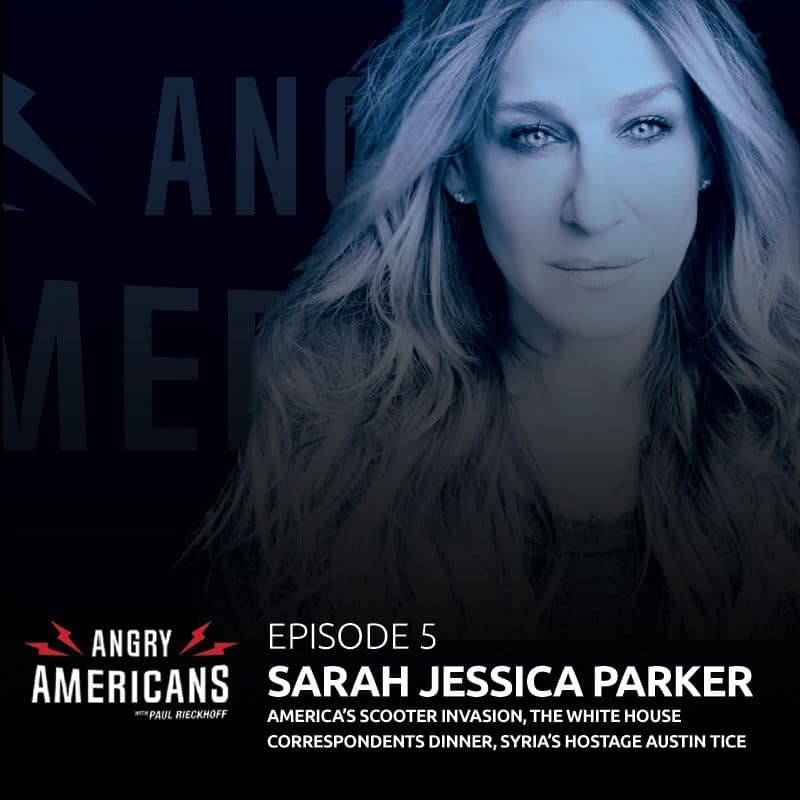 This captivating episode of Angry Americans explores the intersection of celebrity and politics, and features an intimate interview with one of the most beloved Americans of all time. Someone who is shaping the future of entertainment and culture worldwide. And offers listeners a rare peek behind the curtain at elections past–and the upcoming 2020 race for President.

Paul Rieckhoff (@PaulRieckhoff) sits down with American icon and global superstar, Sarah Jessica Parker, for an expansive, no holds barred interview. Rooted in a friendship that spans over a decade, this uninterrupted and candid interview was recorded with the legendary star of Sex and the City from her living room floor in New York City. From humble upbringings in Ohio, to her first car, to parenting in the Trump era, to hosting Barack Obama in her home, to whether or not she’ll run for political office and who she’s endorsing for President, this is a fascinating, personal side of Sarah Jessica Parker few have heard until now.

The episode also takes aim on an issue that has Paul Rieckhoff and countless other Americans angry nationwide: electric scooters. If you live in or have visited one of the 125 cities in this country with scooters, you’re not gonna wanna miss this. One word: Gremlins.

Finally, Angry Americans explores the urgent story of Austin Tice, an American journalist and Marine veteran who has been held captive in Syria for over 6 years.

This episode is a defining installment of the new podcast that was recently featured in Variety Magazine and is making waves nationwide. It’s about much more than just being angry. So hit that download button now, and step inside an innovative show that really matters. It’s a show that will take you behind the scenes of American politics and empower you with information for your next conversation at work, on Facebook, or at your dinner table. A show that will give you hope–and leave you inspired.