1. Willie Geist on Puerto Rico and Batman in Times Square. Trump’s Wall vs the Marines, 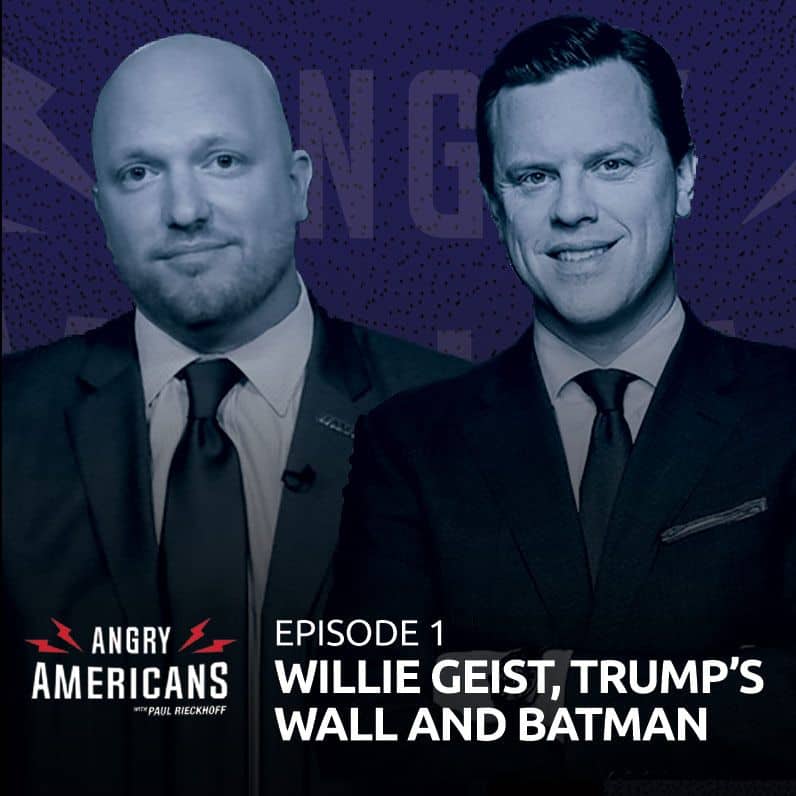 In this dynamic inaugural episode, Rieckhoff explains the origin and urgency of this innovative new show. He breaks down how Trump’s Wall could jeopardize America’s national security priorities—and how it has now thrust the President into battle with a very unlikely opponent: the Marine Corps. And given the state of affairs in America, even nice guy Willie Geist is angry about something. The beloved host of Morning Joe and NBC Sunday TODAY sits down exclusively with old friend Rieckhoff for an engaging talk about an issue that’s for him seriously outraged. He also shares anecdotes from his life, including meeting Snoop Dogg, impersonating LL Cool J, battling Bravo’s Andy Cohen, Joe Scarborough running for President, and his amazing first car. Rieckhoff takes Angry Americans out into the weird streets of Times Square for a hilarious segment that pulls out the political opinions of people of all backgrounds—including The Hulk and Batman. And the rapid-fire show ends with an inspiring Angry Action focused on recognizing and supporting National Vietnam War Veterans Day. It’s a compelling and fun first episode that sets the tone for what Angry Americans is all about—and you don’t wanna miss it.

And for exclusive behind-the-pod video content with Willie Geist, outtakes from the interviews in Times Square and links to action items about the issues in this episode, check out AngryAmericans.us.