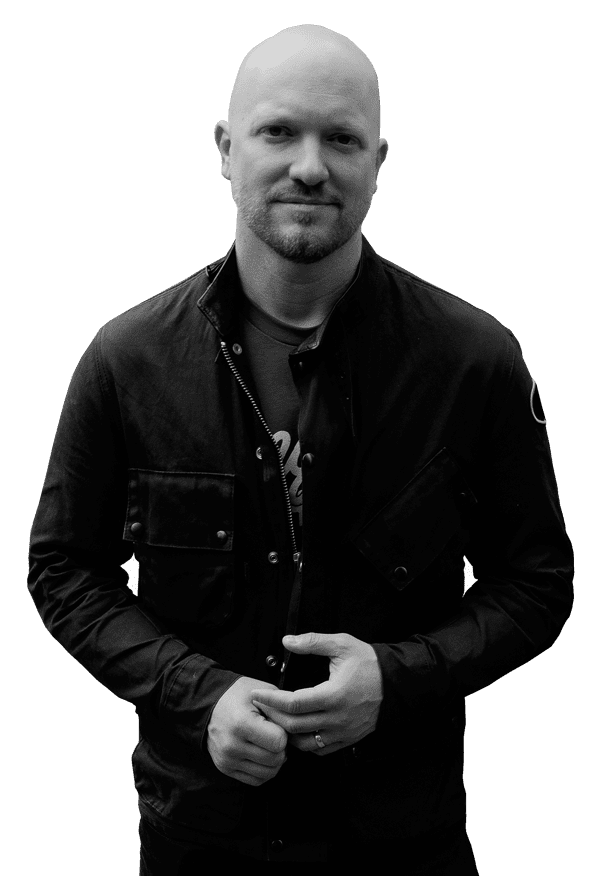 Independent Americans is a weekly news, politics and culture show hosted by Paul Rieckhoff. He’s a fighter, a patriot, and an independent political and media force to be reckoned with. After serving as a soldier in Iraq in 2004, Rieckhoff emerged as one of the most dynamic political and social leaders in America. In every episode, he breaks down the most important issues facing our country. And he interviews the most influential and compelling leaders in America. And he’s taking on Republicans, Democrats—and everyone in between.

Since returning from a combat tour in Iraq in 2004, Rieckhoff has emerged as one of the most important, unique and dynamic political and social leaders in America. He is a strategist, commentator, analyst, storyteller, motivator, entrepreneur and shit-starter.

From the harrowing vortex of urban combat in Iraq, to the blood-sport of American politics, to the trench fights of cable TV news media, Rieckhoff has thrown and taken punches on the front lines of the most important issues of our times.

He is a nationally-recognized authority on politics, veterans affairs, leadership, war, the military, media, mental health, team-building and social entrepreneurship, who rose to prominence as the hard-hitting and respected Founder of Iraq and Afghanistan Veterans of America (IAVA), the highly-regarded, non-partisan powerhouse advocacy organization for new generation of veterans. Former Secretary of Veterans Affairs, Bob McDonald called the group and Rieckhoff’s leadership, “…vital to our nation’s veterans–and to all Americans.”

Rieckhoff is author of Chasing Ghosts and the forthcoming How to Fight, a frequent contributor to The Rachel Maddow Show, Morning Joe, CNN New Day, CNN.com, Defense One and a sought-after public speaker and leadership coach.

He is the grandson of immigrants and the son and grandson of veterans. His dad worked for a power company for 43 years and his mom as a psychiatric nurse for kids. His brother is a truck mechanic in the South Bronx. These connections power his perspective as voice of inspiration, hope, humor, and practical life-lessons, forged from his experiences on the battlefields of Iraq, in the halls of Congress, and on the airwaves of cable TV for the last decade and a half.

He’s built a world-renowned social impact organization that began in his studio apartment with only his personal credit card and a MySpace page that grew to over 500,000 members and landed his face on the cover of TIME Magazine. Always at the forefront of American history for the last 15 years, Rieckhoff is a voice for the voiceless, often sharing riveting stories he’s witnessed from Ground Zero on the day of 9/11, to the streets of Baghdad during the Iraq War, to phone calls from vets contemplating suicide at 2AM, to fierce meetings inside the White House battling with three Presidents. He’s been fearlessly leading America during some of our most important times, and created multi-million dollar advertising campaigns and impactful partnerships with companies ranging from Google to Southwest Airlines to Uber.

Prolific and fun on social media, Rieckhoff is a sought-after public speaker and moderator who’s drawn audiences in communities ranging from the Pentagon to Wall Street to Silicon Valley. He regularly testifies before Congress, is often seen on broadcast and cable and has appeared on hundreds of television and radio shows – ranging from Real Time with Bill Maher to The Colbert Report to Meet The Press to The Kelly File. He’s led IAVA’s groundbreaking efforts to reform the Veterans Affairs Department, pass the New GI Bill, fight veterans suicide, and repeal “Don’t Ask Don’t Tell” while forging creative partnerships with Lady Gaga, Linkin Park, and NASCAR driver Cale Conley.

Rieckhoff has also produced four documentary films (Warrior Champions, Reserved to Fight, Jerebek and When I Came Home) and acted in “The Green Zone” starring Matt Damon. Rieckhoff has personally trained thousands of veteran leaders to be “changemakers” in their communities, and inspired millions worldwide to get involved, take action, and make positive change. Rieckhoff’s mantra is “adapt, improvise, and overcome,” He and IAVA showed the world how American ingenuity, leadership, and innovation can still improve our society and create movements for change.

In August 2011, Rieckhoff appeared on the cover of TIME magazine. He is an Ashoka Fellow, and a member of the Council on Foreign Relations. Rieckhoff’s honors include: GQ’s “50 Most Powerful People in D.C.,” Esquire magazine’s  “America’s Best and Brightest,” Rolling Stone’s “The Quiet Ones: 12 Leaders Who Get Things Done,” Penthouse Magazine’s Annual “Badass List,” The Hill’s “Top Lobbyists: Grassroots” for 2014, 2015, 2016, 2017, 2018, and Task & Purpose named Rieckhoff to it’s “Mighty 25 Veterans Poised to Make a Difference.”

In 2014, Rieckhoff was selected for a “Teddy Award” by TIME Magazine for his political courage in demanding VA reform throughout years of scandal. Political guru Joe Klein wrote, “Paul Rieckhoff of Iraq and Afghanistan Veterans of America has been an edgy, controversial figure in recent years, a creative critic of the Department of Veterans Affairs. The revelation of widespread corruption and incompetence in the VA, and the dismissal of Secretary Eric Shinseki, proved the value of Rieckhoff’s persistence. His willingness to take flak for his brothers and sisters in arms merits a Teddy.”

In December 2014, Task and Purpose named Rieckhoff to it’s “Mighty 25 Veterans Poised to Make a Difference” writing, “Iraq and Afghanistan Veterans of America marked a decade of existence in 2014, and the organization is showing no signs of slowing down going into next year. Under the leadership of the well-networked and media-savvy founder Paul Rieckhoff, IAVA championed the Clay Hunt SAV Act – legislation designed to combat the veteran suicide rate….”

In 2016, Rieckhoff was elected to the New York State Senate Veteran’s Hall of Fame for distinguishing himself both in military and civilian life.

He has also served at the Karl Lowenstein Distinguished Visiting Lecturer in the Political Science Department at Amherst College, where he designed and taught a class on the 20th anniversary of 9/11, titled Understanding 9/11.

He has a lot to say.

And he’s just getting started.