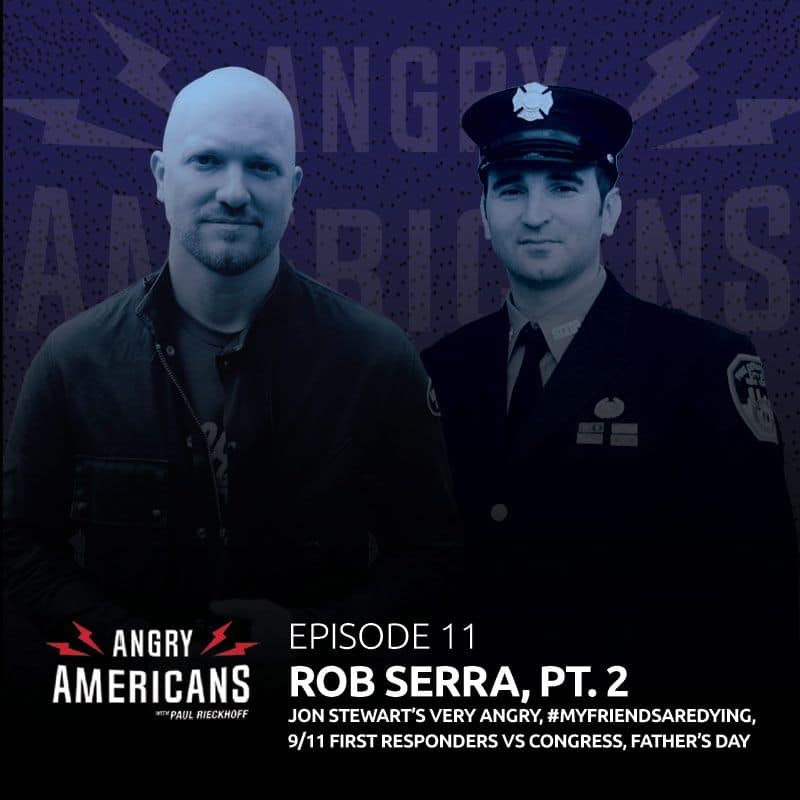 It’s gut check time for America. In this must-hear episode of Angry Americans, Paul Rieckhoff (@PaulRieckhoff) breaks down the very latest on the heroic political fight being waged by 9/11 First Responders in Washington for healthcare support. This week, Jon Stewart epitomized what it means to be an Angry America–unloading a scathing and moving testimony that had all of America riveted. Rieckhoff digs into that testimony, the responses by Senate Leader Mitch McConnell and President Trump, and what must happen next.

Rieckhoff also checks in with 9/11 Firefighter Hero and activist, Rob Serra (@SerraRob), for an insider’s update on the harrowing legislative and media battle happening in the hall of Congress that has all of America talking. Rob also shares what Father’s Day really means to him–and some important advice for dads everywhere.

This episode of Angry Americans is supported by TalkSpace. We all need someone to talk to — a person who can support us through rough patches or even the everyday ups and downs of life. That’s where Talkspace comes in. Talkspace (@TalkSpace) has more than 4,000 licensed therapists who are experienced in addressing the challenges we all face. To match with your perfect therapist for a fraction of the price of traditional therapy, go to Talkspace.com, Make sure to use the code ANGRY to get your first week free and show your support for this show.

Be sure to check out our friends at Oscar Mike. Oscar Mike (@WeAreOscarMike) is the exclusive provider of the awesomely comfortable and inspiring Angry Americans t-shirts worn by Paul Rieckhoff, Ron Perlman, Rachel Maddow and other recent guests and fans of the show nationwide.