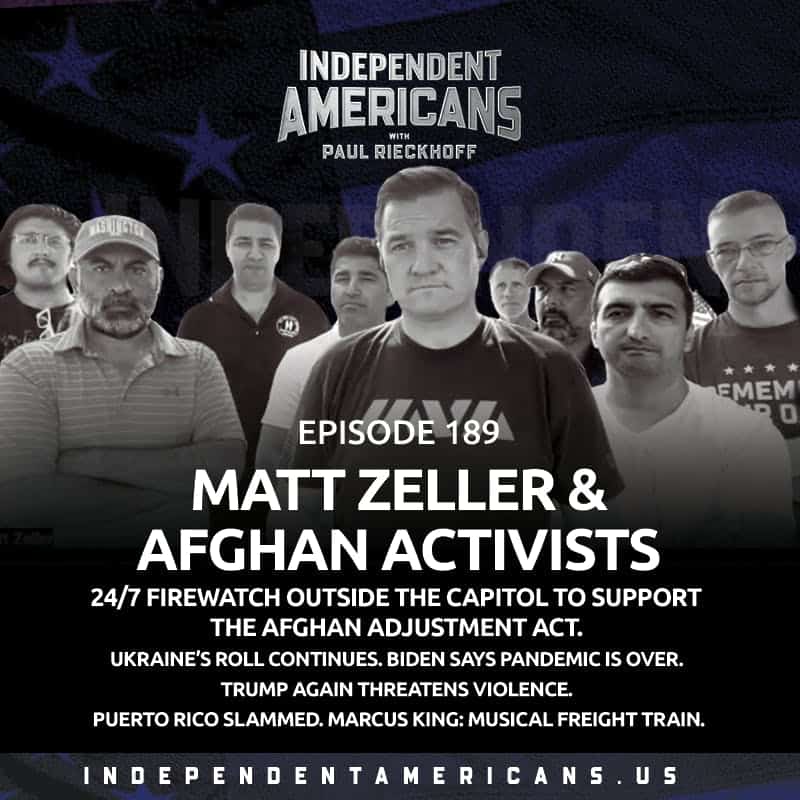 Fall is here. And it’s crazier by the day. Trump drama, Ukraine war news, natural disasters, political dysfunction, election campaign warfare. It’s something new and terrible every day. But there’s one important issue you’re not seeing in the news. Important enough that it has dedicated citizens sleeping outside the US Capitol in Washington tonight. It’s called the “firewatch”.

And Matt Zeller (@MattCZeller) is leading it. Matt has been a regular on this show. He’s an activist, an author and a conscience for America. He is one of the leading advocates for veterans, for Afghan allies, and for America. A combat veteran and Army Major that made it out of Afghanistan alive only because of the courage of his Afghan interpreter, Matt’s been paying it forward ever since. He’s the courageous Co-Founder of No One Left Behind, a Truman National Security Fellow, the author of Watches Without Time: An American Soldier in Afghanistan, and a top leader on the powerhouse team at Iraq and Afghanistan Veterans of America (IAVA).

Matt first joined us to predict the collapse of Afghanistan after the US pullout for Episode 127 in August, 2021. Then again for Episode 138 in October, 2021. He came back a year later in August for Episode 182 in August, 2022 to update us on how bad it’s gotten in Afghanistan. And to take us inside the historic PACT Act fight with Jon Stewart. And to preview the action that needed to be taken for our Afghan allies.

Now, that action is underway. Last week, along with leaders from the Afghan American, humanitarian and veterans community, Matt started a new firewatch. That means he started a campaign of activists sleeping 24/7 outside the capital until the Afghan Adjustment Act is passed.

This is democracy at work. This is democracy evolving. This is good trouble. This is the opposite of January 6th. If you were disgusted by that. You’ll be inspired by this. This is hope. And as we say all the time, hope is the oxygen of democracy. And it’s time for a big dose of it. This is a pod that will leave you inspired–and hopeful.

–Represent for the show with some very cool Independent Americans merchandise.

-Check out the incredible music of Marcus King (featured in the show).