24. Jonathan X from Afghanistan. The Spirit of 9/11. President Mayhem. Bringing the Taliban to Camp David. The War in Afghanistan Is Old Enough to Enlist. Tom Brady or Antonio Brown. The Lessons of Les Gelb. Ties Should Be Banned. 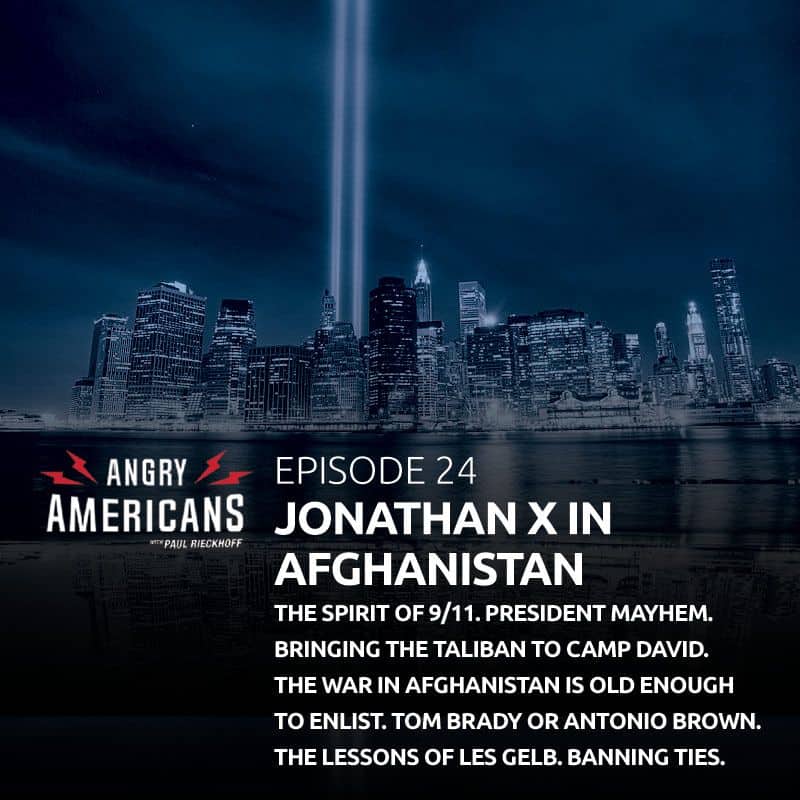 18 years later, America is still processing 9/11. And 9/11 First Responder Paul Rieckhoff (@PaulRieckhoff) digs into all of it. From Trump’s plans to meet with the Taliban at Camp David to the Department of Defense making cuts to pay for the wall, to how to talk to your kids about 9/11. It’s a time that should be about unity. And Angry Americans is here to unite all Americans around the 4 I’s: integrity, information, inspiration and impact.

This powerful new episode is supported by Mizzen+Main (@MizzenAndMain). Mizzen+Main is an American company from Texas that makes the most comfortable dress shirts on Earth. Made from performance fabrics, these shirts are changing the game. Visit Mizzen+Main’s website at www.Comfortable.AF and use the code ANGRYAMERICANS at check-out to get $10 off an awesome new dress shirt now.