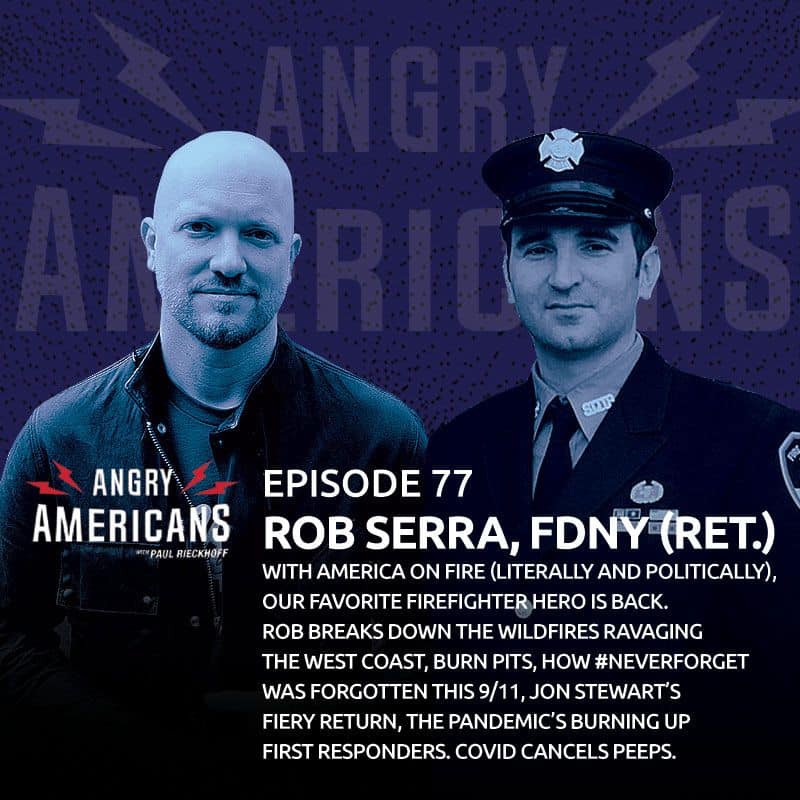 9/11 First Responder and retired New York City firefighter Rob Serra (@SerraRob) represents the best of us. He’s a helper. A leader who runs into danger when others run out. And for the last six months, he’s been hunkered down in his basement. He’s leading this time by keeping himself safe from COVID19 so he can be there for his family. 9/11 toxin exposures have left his body battered and his immune system compromised. But it also hardened his spirit. And Rob now serves on the Board of Directors at the Ray Pfeifer Foundation and is a leading national voice for First Responders everywhere. And he’s the real King of Staten Island. At least on this show.

After first joining us on Angry Americans back in Episode 2, and again in Episode 11, Rob is back on the pod [10:50] to bring the fire like only he can. And to help us break down the fires that are burning all across America right now. In a conversation with our host and fellow 9/11 First Responder, Paul Rieckhoff (@PaulRieckhoff), Rob helps us understand the urgency of burn pits–a health menace now facing millions of veterans nationwide–one that may have taken the life of Joe Biden’s son, Beau. Rob explains why burn pits are so connected to 9/11, Agent Orange, Jon Stewart and the true soul of America. He also analyzes the wildfires raging on the west coast and the political divisions torching Washington. And, throws in some amazing stories of his Grandma Dot.

Rieckhoff breaks it down with Rob as only he can. Coming off of recent media appearances on Morning Joe, Deadline White House and the BBC, Rieckhoff is continuing to shape the national understanding of 9/11 and keeping an important, independent focus on the most urgent issues facing our veterans, troops and first responders. If you’re tired of empty-suited pundits and blow hard partisans, check out this important, inspiring and informative episode of Angry Americans—the hottest weekly podcast in America for independent politics, news and culture. The show that continues to make news and get highlighted on CNN, MSNBC, and more.

Join the Angry Americans community on Patreon now to get inside access to Paul Rieckhoff, our inspiring guests, and discounts on Angry Americans merch and special content not available anywhere else. Your membership will also support this critical, independent media voice that always speaks truth to power–regardless of party.

If you’re not angry now, you’re not paying attention. Especially now. But as always, this podcast isn’t just about being angry. It’s also about being active. And turning your emotion into positive impact. Join the movement. Angry Americans empowers independent Americans everywhere and is powered by Righteous Media. 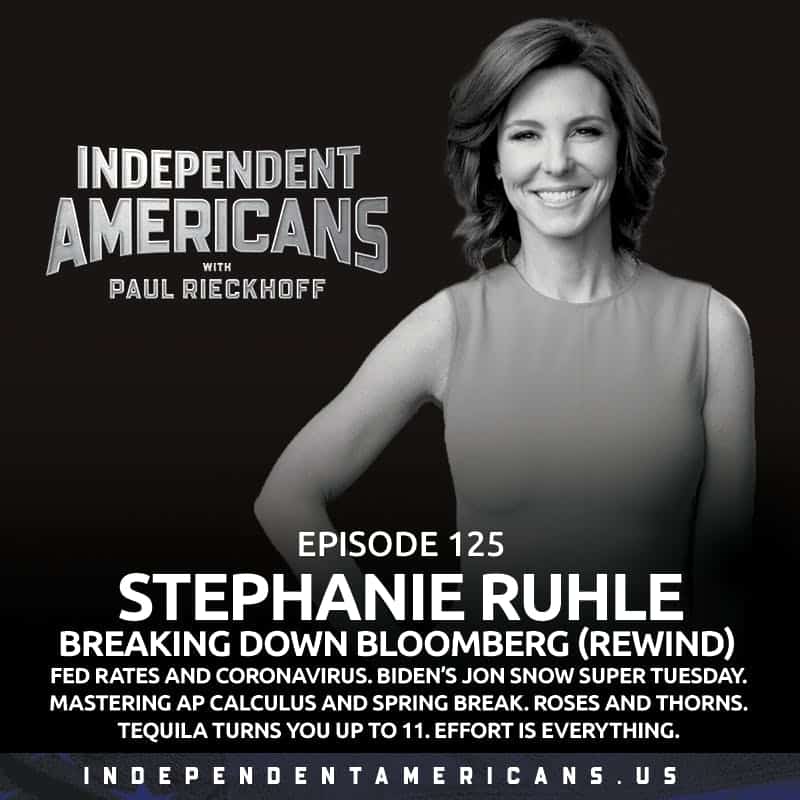