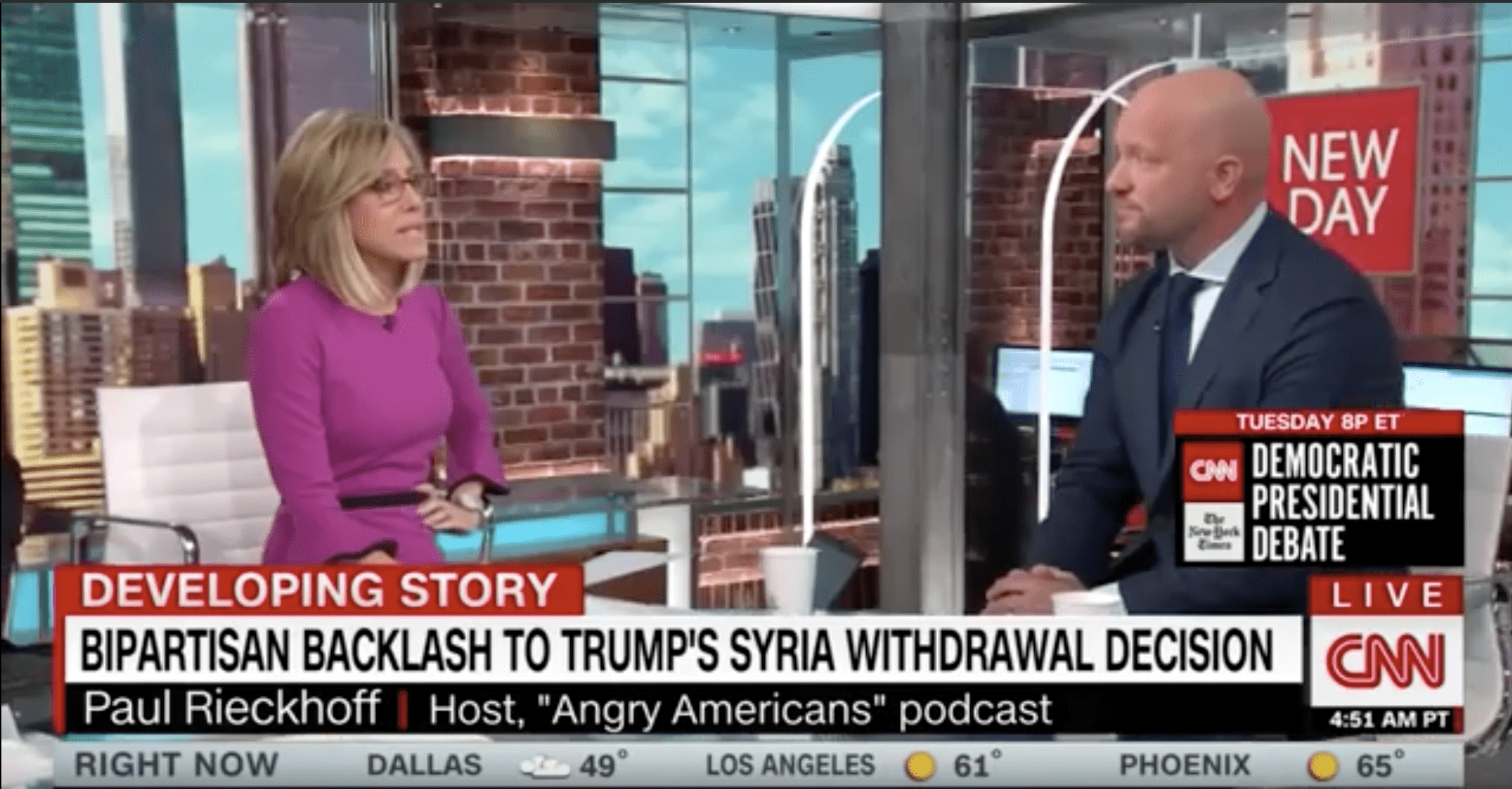 “Does anybody feel victorious right now? This is not a reality show. You’re going to post images that show nobody has won. This is combat, it’s evolving and there are no victors here in this kind of a war. He can say whatever he wants and try to spin it, but this is not a reality show. Our troops are caught in the middle. He also said there were no Kurds at Normandy. He knows as much about Normandy as he does about Vietnam. He’s completely out of touch with the reality of what’s happening on our ground. And again, our troops are caught in the middle of politics. He does it again and again, politicizing our troops, and this is just another example.”