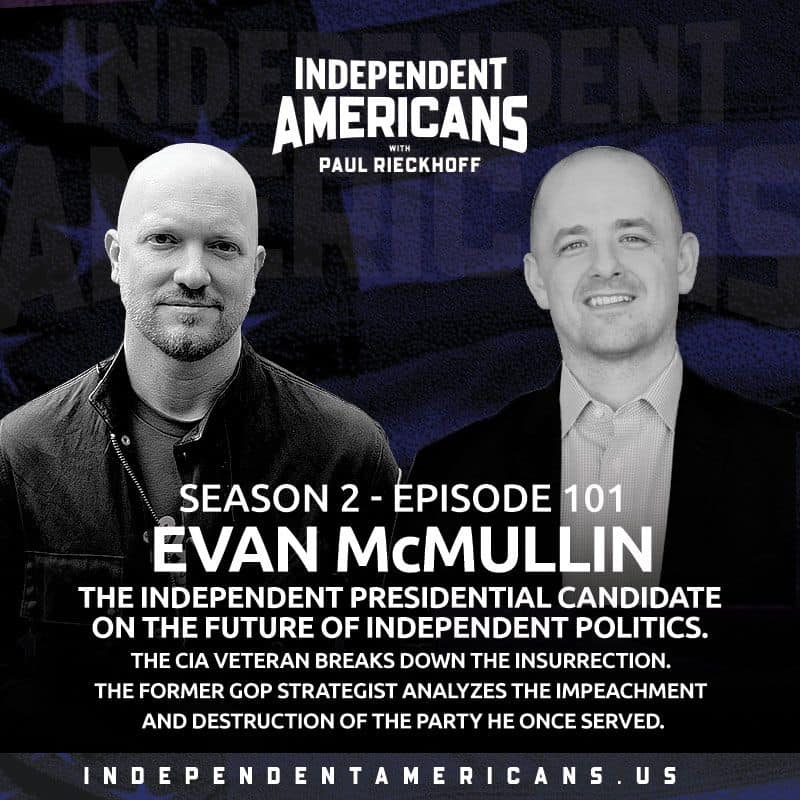 Welcome to Season 2. Yep, we’ve changed the name of the show.

But in the last few weeks, much has changed. Much has improved. And much has gotten worse. And so much has been twisted and manipulated. Including anger. The anger of many people of all backgrounds–but especially among those recruited into extremism. The anger of millions was something we explored for 100 episodes. Our anger–and the anger of others. And in the last few weeks, what so many of us saw as possible, became reality. That anger was weaponized and unleashed on our nation’s capitol in a truly terrible way.

And while it’s never been more understandable to be angry, it’s not enough anymore. America is actually more divided, more angry, and more violent than ever before. And we need to combat that. We need to add light to the heat—anywhere possible. Independent Americans will be a critical part of the solution.

Evan McMullin (@EvanMcMullin) is a patriot. And an independent. He had a career with the CIA, in business, and in Republican politics. In 2016, he ran for President of the United States as an independent. He now leads Stand Up Republic, a nonprofit focused on government reform. Evan is a face of the future. And he’s a leader in a movement to change our country for the better. He doesn’t accept the status quo or fake patriots.

He joins our Paul Rieckhoff (@PaulRieckhoff) for a candid conversation to break down the attack on the Capitol, the implosion of the Republican party, and what it’ll take for independent candidates to win elections in the future.

And join us for exclusive access and activities by becoming a member of the Independent Americans Patreon community. For just $5, you get unique access to events, our guests, merch discounts, and exclusive content.

Independent Americans connects, informs and inspires all Americans–and is powered by Righteous Media.