100. Sebastian Junger. The Bestselling Author and Award-Winning Filmmaker Dissects Our Country in Crisis. Exploring the Tortured and Fighting Spirit of America. Redefining Patriotism, Leadership and Freedom. Our Real Super Bowl. 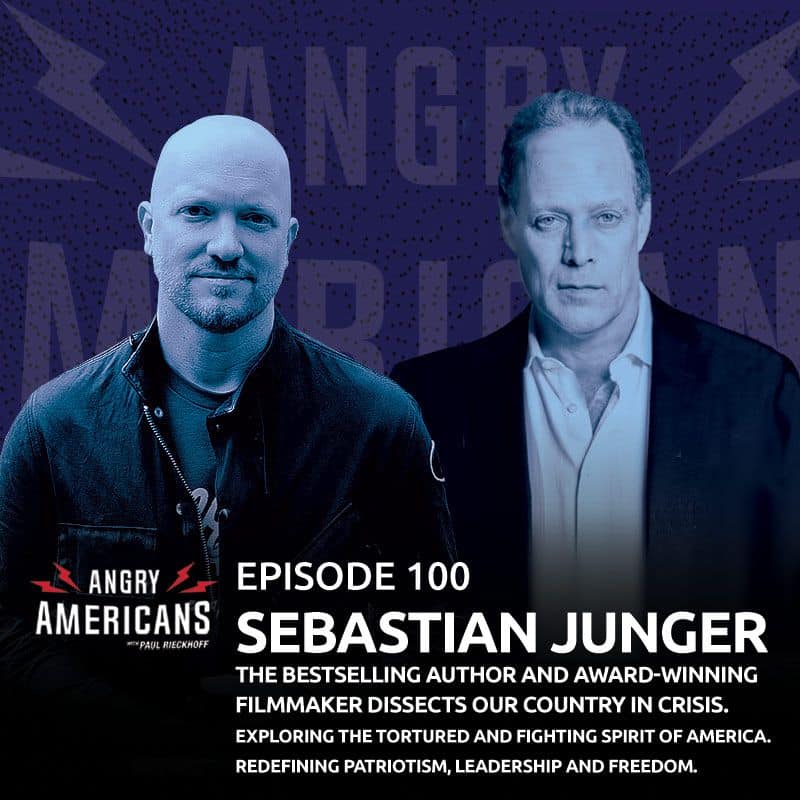 Before he was slain serving as a Capitol Hill Police officer, Brian Sicknick served in the Air Force. Officer Sicknick survived multiple deployments to the Middle East, only to be killed at home by his fellow citizens inside his own nation’s capital. He was the first casualty in America’s new war with itself.

Our Congress, our military, the Republican party, and families nationwide are being torn apart in a domestic war that is likely to expand and deepen in painful days to come.

Sebastian Junger knows about war. He’s one of the finest, most effective, most important authors of our time. He is the #1 New York Times Bestselling author of The Perfect Storm, Fire, A Death In Belmont, War and Tribe and the visionary filmmaker behind Restrepo, Korengal, The Last Patrol and Which Way Is The Front Line From Here? He is also the Founder of RISC (Reporters Instructed in Saving Colleagues)–a non-profit dedicated to promoting the safety of freelance journalists working in conflict zones.

Sebastian has been in the toughest war zones all over the world–and told the stories about what happens in war and what happens after. He’s a true defender of our democracy. A keeper of the flame. And a conscience for America. He joins our Paul Rieckhoff (@PaulRieckhoff) for a candid, enlightening and extended conversation that will leave you informed and inspired. And Rieckhoff rips into the latest headlines, celebrates our 100th episode and makes a Super Bowl prediction.

If you’re not angry, you’re not paying attention. But it’s about much more than that. Angry Americans is your trusted, independent source for news, politics, culture and inspiration. It’s a smart, fun and candid perspective you’ll find nowhere else in the media.

After you listen, you can also join us for exclusive events and activities by becoming a member of the Angry Americans Patreon community. For just $5/month, you’ll get unique access to our amazing guests, our dynamic host, merch discounts, and exclusive content.

Watch video of this powerful conversation with Sebastian Junger and 100 episodes of conversations with music, political, business and media leaders from Chuck D to Chuck Hagel to Sarah Jessica Parker to Meghan McCain to Stephen Colbert to Mayor Pete Buttigieg to Jeffrey Wright to Medal of Honor Recipient Flo Groberg–all on the Righteous Media YouTube page. It’s political, social and industry diversity like no other show anywhere.

Find us on social and join the movement: