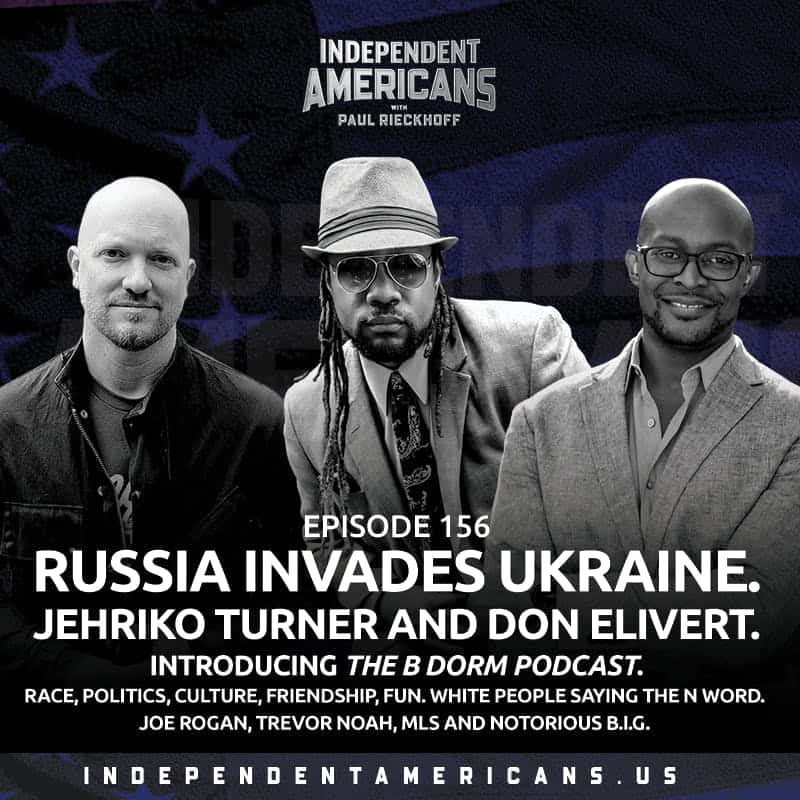 Yesterday was the last day of peace on the European continent for a long time to come.

Meanwhile, earlier today. In case you missed it, (because you probably did), the United States carried out a “self-defense” strike in Somalia yesterday. First U.S. strike in Somalia since August 202. Our forever war that spans from Syria to Somalia, just got extended into this new front with Russia in Ukraine. For now. Independent Americans is continuing to keep our eyes on the most important security and military issues in the world.

But this episode, we’re taking an offramp to a very different kind of vibe. While war rages around the world, the culture and political wars still wage here at home. And in the midst of our national internal identity crisis, we at Righteous Media continue to produce content to add light to contrast the heat. Content to help move America forward. Content that delivers the Righteous Media I’s in more ways, to more people.

And following the successful launch of The Firefighters with Rob Serra, and the recent announcement of Uncle Montel – the OG of Weed, we are proud to introduce you to the newest podcast in the Righteous family. We are proud to introduce you to The B Dorm Podcast. Hosted by two black men from Queens, educated at one of America’s most elite and most white colleges, they dive into the news, politics, race and pop culture with a perspective that flies from the highly intellectual to the downright silly. The “B Dorm” at Amherst College was the place they met and held court. Now, it’s the vibe of their new podcast.

In a sea of partisan nonsense and weakness, The B Dorm Podcast (B Dorm) is the hottest new morning show-style podcast in America. In the spirit of The Breakfast Club, with the intelligence of Howard Stern and with the edge of Joe Rogan, B Dorm is the new weekly show that’s not afraid to talk race–and culture, music, sports, relationships, politics and anything else on the minds of the dynamic, fun and energizing hosts, Don Elivert (@voiceofdon) and Jehriko Turner (@JehrikoTurner). They have big voices–and big brains.

They get serious, but have fun–and always keep it real. Real-talk with two real friends, who are real smart and real fun. They chat about business, culture, entertainment, and whatever comes to mind. Sometimes they get serious, but they never take themselves too seriously. It’s an unapologetic, dorm room style conversation – sometimes controversial, always entertaining: this is The B Dorm Podcast.

They join our host, Paul Rieckhoff (@PaulRieckhoff), for a very real, very candid conversation–about race, the media and how we can all work together to do better. It’s a great conversation. It’s a necessary conversation. And it’s a great introduction to your next favorite podcast.

– Check out Paul and Don and JT’s conversation here.

Independent Americans is powered by Righteous Media. Which is awesome.