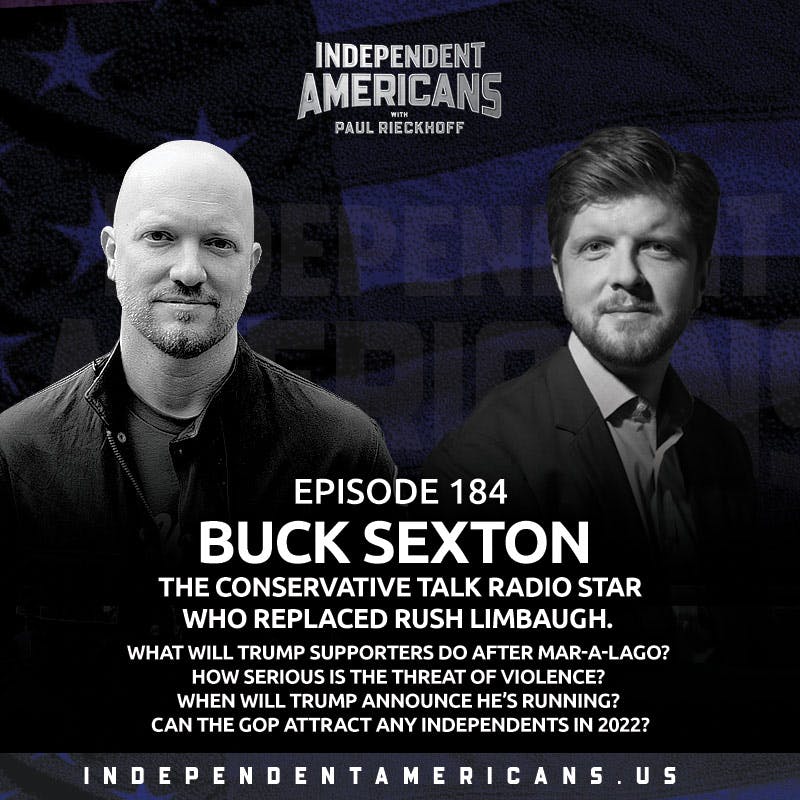 After her defeat this week, Congresswoman Liz Cheney said Tuesday’s primary is “certainly the beginning of a battle that is going to continue to go on. And as a country, we’re facing a moment where our democracy really is under attack and under threat.”

The battle is on. It’s actually been on for years. We’ve covered it on this show. It’s the battle for the soul of America. But now, that battle is intensifying. And it’s going beyond political fighting. Things are getting nastier, move divided and more violent. With more violence likely. And promised by some Trump supporters.

What will Trump supporters really do? Some are calling for Civil War. Some are rushing to the polls. Some are staying quiet. And tens of millions are listening to conservative talk radio. And more of them are listening to Buck Sexton and his co-host Clay Travis than any other show in America (except maybe Sean Hannity). More than 10 million people tune into over 400 radio stations every day to hear “The Clay Travis and Buck Sexton Show.” Including Trump himself–who was recently a guest.

But who are conservative talk radio listeners nowadays? How is that audience changing? What are they thinking? And what will they do after the FBI search at Mar-a-Lago? How serious is the threat of violence? Paul will ask the former CIA agent turned radio talk show star, Buck Sexton (@BuckSexton).

Other shows want to have people who disagree scream at each other. Or over each other. We don’t do that. We want to seek to understand. And help you understand. And look for common ground, as small as it might be. And to not only stay vigilant, but stay civil. Because we disagree, doesn’t mean we have to feed the fire. We can at least try to add light to contrast the devastating heat. And the rising, burning fire that is destroying the country we love.

–Represent for the show with some very cool Independent Americans merchandise.