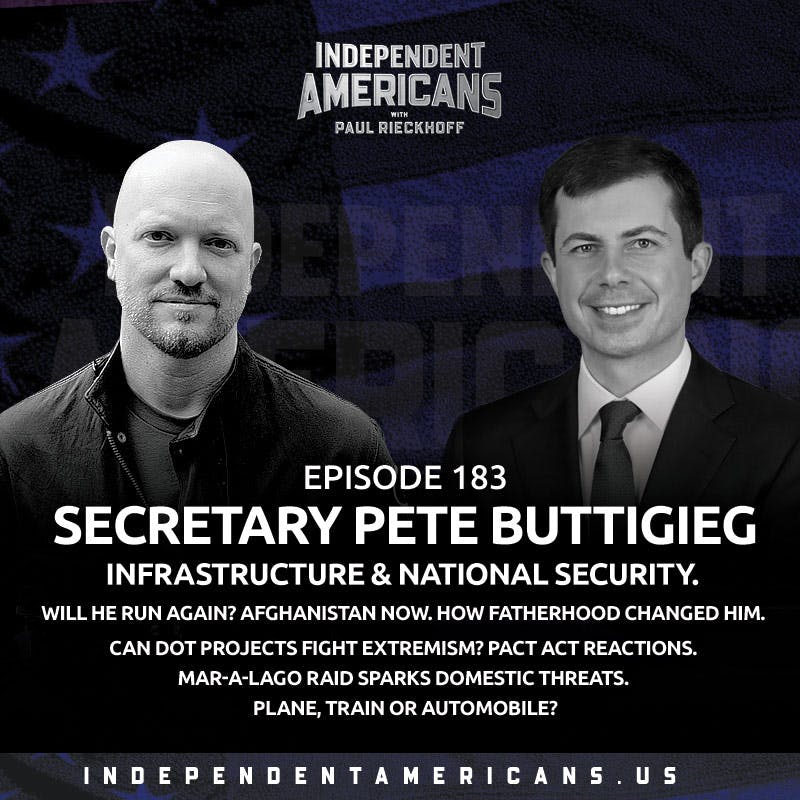 Just when you think things in America can’t get any dicier, they do. And now is definitely a time to stay vigilant. And in this episode especially, we’ve got you covered.

Unless you’ve been sleeping on the beach for the last week, you know that the Feds delivered a search warrant at the Mar-a-Lago residence of former President Trump. And what you may not know, is that Trump supporters of all kinds, (and especially the most radical kind), are activated. They are threatening. And things in this country just got a whole lot hotter.

And we’re digging into it. And doing what we always do–bringing light to contrast the heat. Paul rips into the true scope and scale of the rise in domestic threats. Highlights the helpers that are making a positive impact. And talks to a very special (returning) guest that rose to prominence precisely because he brought an approach and tone that was more about building things up, than burning them down.

Back in December of 2019, Secretary (then Mayor) Pete Buttigieg (@PeteButtigieg) joined this show for a huge, live-audience Episode 37 at the Classic Car Club in NYC. Buttigieg was on fire at the time, and nearing the peak of his Presidential run. And when the dust settled, he had landed in the cabinet and now serves as Secretary of Transportation–overseeing trillions of dollars in projects nationwide.

Buttigieg is one of the most important voices in American politics–and a leader that’s had unique appeal for independent Americans. He’s also the only combat veteran serving in the cabinet outside of the Secretary of Defense. In this new episode, you’ll again get to hear Buttigieg asked questions he’s never been asked before. He and Paul chop it up on everything from extremism in America, to parenthood, to Afghanistan, to pancakes vs waffles. And whether or not he will run for President again. It’s a deep, fast and fun conversation that will give you insight into what’s really in store for the future of our country.

Other shows focus on what’s happening. This show focuses on what’s next.

–Represent for this show with some very cool Independent Americans merchandise.

-And you can watch video of Paul Rieckhoff and Secretary Buttigieg’s conversation here.