37. Pete Buttigieg. Reaction To The Afghanistan Papers. Mayor Pete’s Favorite Drink. His Unexpected Navy Recruiter Story. Arabic Not Aerobics. A President Who’s Not a Parent. What To Do When Your Dog Eats Chocolate. Army vs Navy 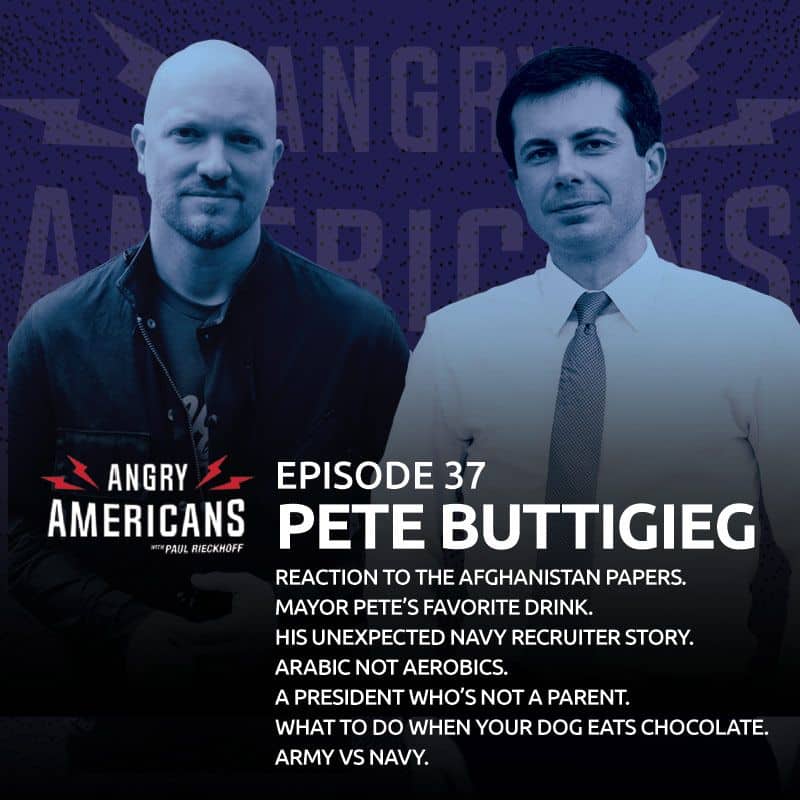 South Bend, Indiana Mayor Pete Buttigieg (@PeteButtigieg) is a political sensation, now topping polls in Iowa and New Hampshire. If elected in 2020, the Democrat will be the youngest President in American history and the first war veteran since George Bush Sr. Before a live audience, [26:19] Mayor Buttigieg sits down for one of his most candid, most hard-hitting and most extended public conversations yet, with combat veteran, author and renowned activist Paul Rieckhoff (@PaulRieckhoff). The second of the candidates in our Presidential candidates series (Congresswoman Tulsi Gabbard join us in Episode 30), this groundbreaking episode of Angry Americans (@AngryAmericans) will reveal sides of Mayor Buttigieg you’ve never heard before.

Mayor Pete shares his favorite drink, an immediate reaction to the shooting in Jersey City and the “Afghanistan Papers”, how his military experience shapes his view on firearms, thoughts on potentially being the first war veteran to serve as president since George Bush Sr, his funny Navy recruiter story, and whether or not he and his husband Chasten plan to have children. And he definitively states a timeline for when he would end the war in Afghanistan.

[00:45] Rieckhoff kicks-off the show by ripping through the most urgent and important headlines you need to know about in American and global news, politics and culture. From the violent shooting in Jersey City, NJ, to multiple shootings on military bases, to the release of the Afghanistan Papers, to Greta Thornberg being named Time’s Person of the Year.  [1:25:40] Detective Joseph Seals was tragically killed in Jersey City this week. You can be a helper and donate to support his five children here. Don’t just be active. Be active.

This episode is made possible thanks to support from Oscar Mike–an innovative Veteran owned and American-Made lifestyle apparel brand. Oscar Mike creates awesome sweatshirts, t-shirts, hats and even performance gear for both men and women. High quality, affordable and made by American hands, be sure to head over to Angry Americans merch page and get yours today.

If you’re not angry, you’re not paying attention. But there are good reasons to be happy and inspired too. Download the newest Angry Americans podcast for free here. Then, join the Angry Americans community to a first shot at upcoming event tickets and free behind-the-scenes video of recent guests including Chef Tom Collichio, Tulsi Gabbard, Chris Cuomo, Ai Jen Poo, Rachel Maddow, Samantha Bee, Bradley Whitford, Soledad O’Brien and more. 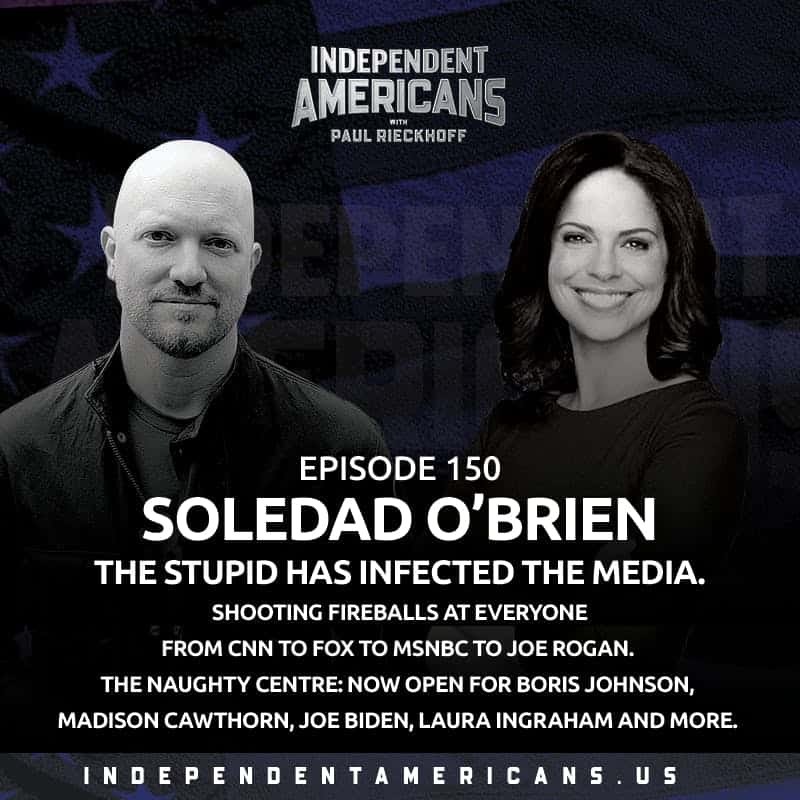 150. Soledad O’Brien. The Stupid Has Infected the Media. Shooting Fireballs At Everyone From CNN to Fox to MSNBC to Joe Rogan. The Naughty Centre: Now Open for Boris Johnson, Madison Cawthorn, Joe Biden. Laura Ingraham and more.

The stupid is rampant in America. It continues to be the only thing in America more contagious and rampant than...
Read More 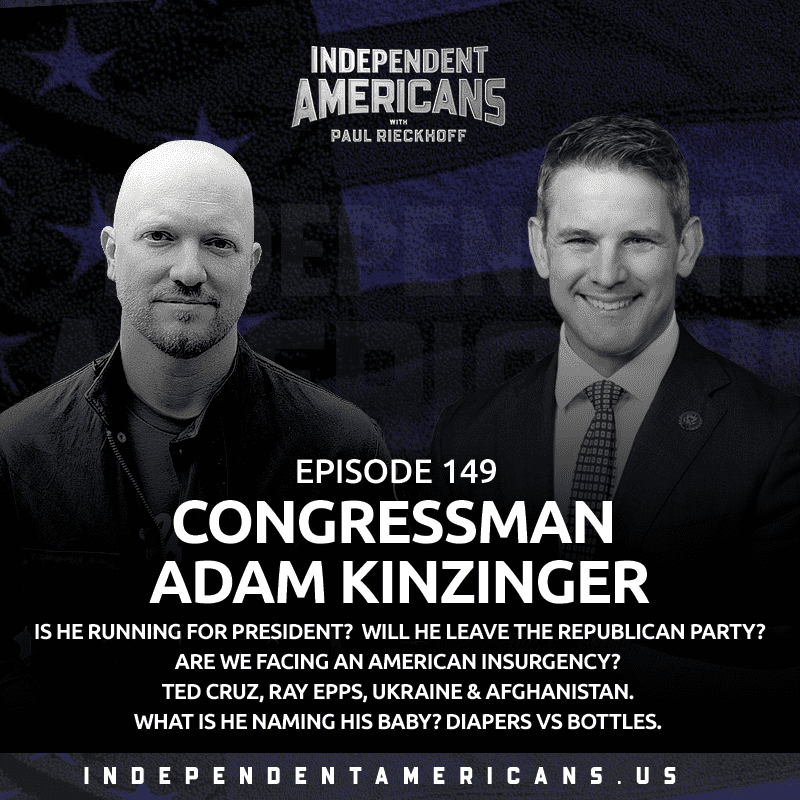 149. Congressman Adam Kinzinger. Is He Running for President? Will He Leave the Republican Party? Are We Facing an American Insurgency? What Is He Naming His Baby? Ted Cruz, Ray Epps, Ukraine & Afghanistan. Diapers vs Bottles.

It’s a dark, cold time in America. In many ways. But even in the darkest, coldest times, there are always...
Read More

Over the years of hosting Independent Americans and Angry Americans, host Paul Rieckhoff has had the extremely rare opportunity to...
Read More 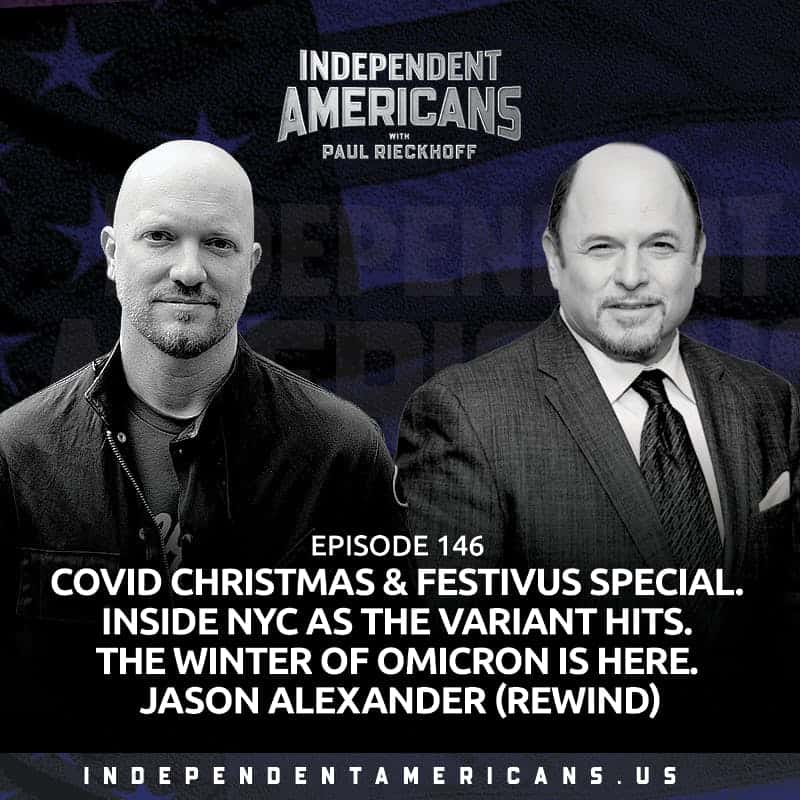 146. COVID Christmas & Festivus Special. Inside NYC As the Variant Hits. The Winter of Omicron Is Here. Jason Alexander (Rewind)

It’s a COVID Christmas. Again! Paul Rieckhoff breaks down the latest on the variant: how it’s finally hit his home,...
Read More 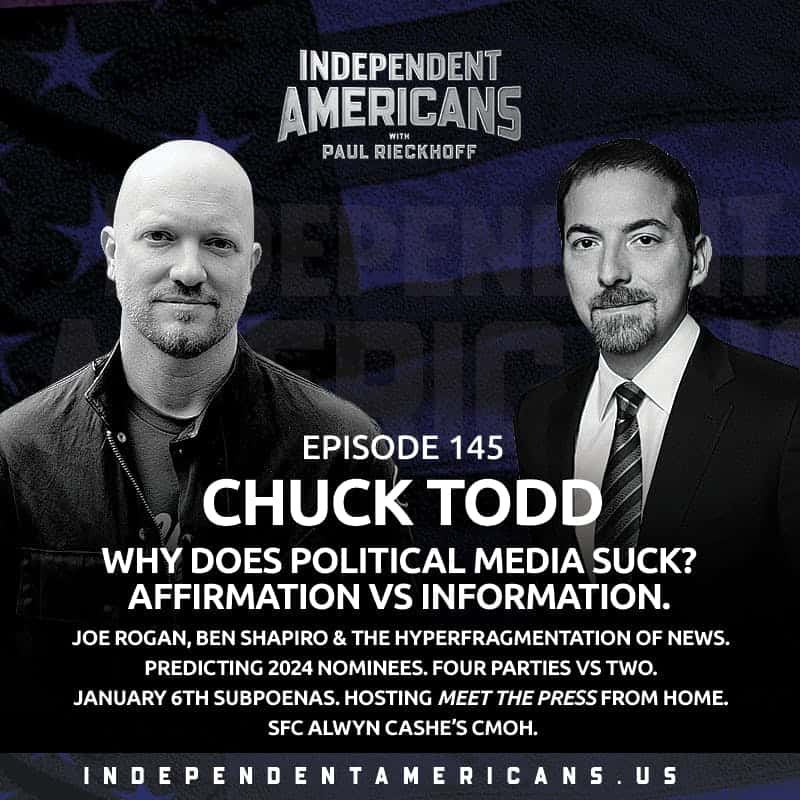 Yeah…Santa is coming very soon. But before he does, we’ve got some pretty wild political news happening in America. And...
Read More 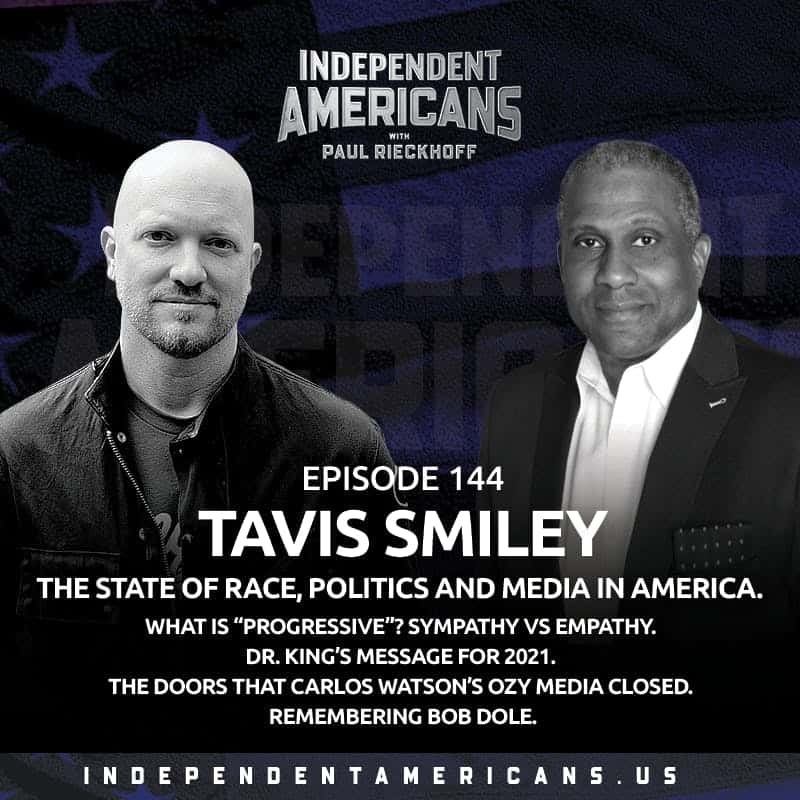 In the last 11 months especially, it’s been easy to lose hope. From the pandemic, to the racial injustice, to...
Read More