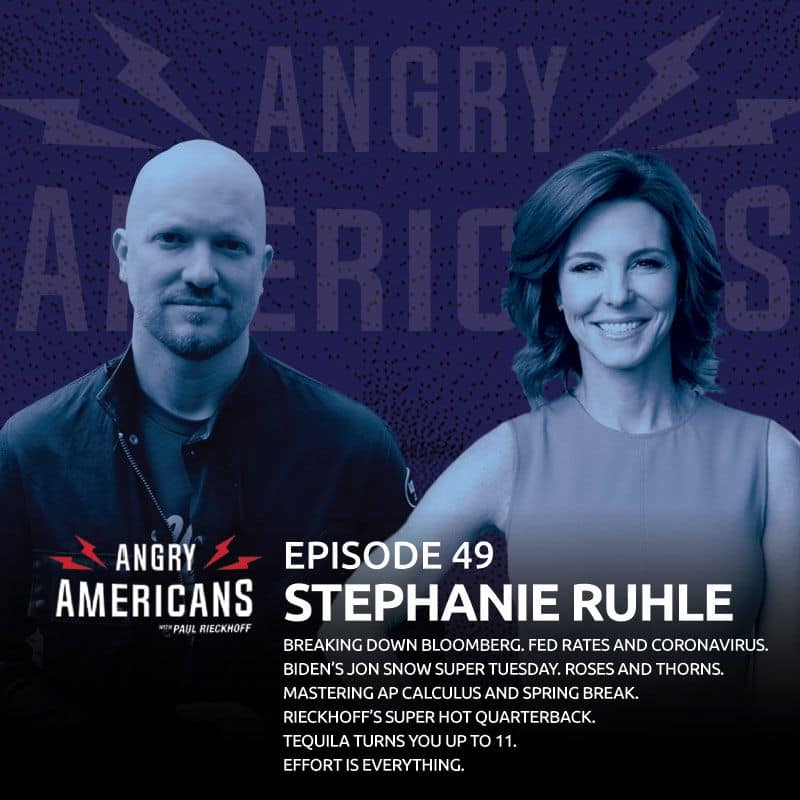 With the 2020 race upended, the stock market disrupted, and the Fed drastically dropping interest rates, NBC News Senior Business Correspondent Stephanie Ruhle (@SRuhle) breaks it all down from the inside. [1:07:05] And she sharply analyzes the spectacular collapse of Mike Bloomberg’s campaign from the perspective of someone who worked for him. This candid and fun conversation gives you insights into the mind and life of a charismatic leader who overcame tremendous adversity to rise to the top of business and political media. Uncensored and unscripted, the former homecoming queen, turned Wall Street derivatives trader, turned cable TV anchor, shares how she juggles work as a mother of three, the values her mother taught her that fuel her success, and why she loves tequila.

Host Paul Rieckhoff (@PaulRieckhoff) gets you up to speed on the biggest political news of the week fast. The passionate political independent, Iraq veteran and renowned activist leads the fiery conversation with Stephanie—and breaks down Super Tuesday, the Coronavirus, why Bernie Sanders is falling, and how the 2020 race is like Game of Thrones. And as in every Episode of Angry Americans, Rieckhoff offers an inspiring way to turn your righteous anger into positive impact. It’s another powerful episode of the show that’s been rising on the news and political charts and featured in Variety, NPR, The New York Times and more.