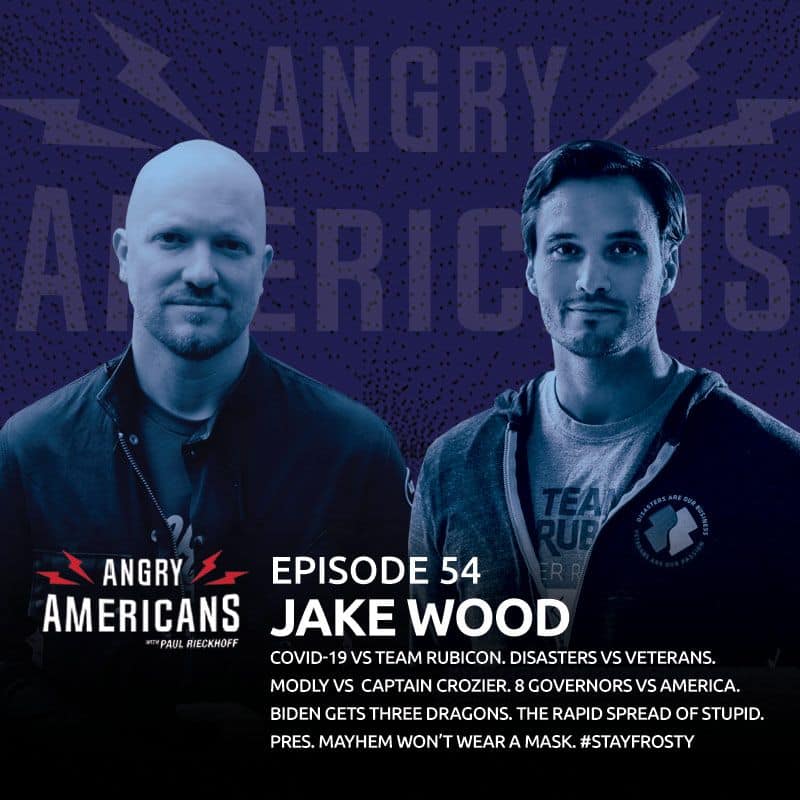 The only thing spreading faster in America than coronavirus, is stupid. It started inside the White House, spread to Fox News, into Congress, out to Governors nationwide. And now, the infection has spread to a new group: the United States Navy. Thousands of brave sailors on the USS Theodore Roosevelt are the epicenter of an American military struggling globally to respond to COVID-19. Scores on the ship have tested positive, their commander, Captain Bret Crozier, was fired for standing up for their health-only to test positive himself, and Acting Navy Secretary Modly flew thousands of miles to disrespectfully lecture them, only to be forced to resign himself. While America is at war against the virus our the Navy rank-and-file are at war with their disconnected civilian leadership. @PaulRieckhoff breaks it all down, analyzes how the Department of Veterans Affairs is also flailing to respond to outbreaks and deaths nationwide, digs into what Bernie Sanders dropping out means for independent and national defense voters, and reports from the center of the front lines in New York City. It’s the hottest pod in America for politics, news and culture.

When disasters do hit, #LookForTheHelpers. [56:20] And our guest this pod is one of America’s greatest: Jake Wood (@JakeWoodTR), CEO and Co-Founder of Team Rubicon–the most innovative disaster response organization in the world. Jake served in the Marine Corps as a Scout-Sniper, with tours in Iraq and Afghanistan, is a nationally recognized social entrepreneur and keynote speaker whose awards include being named a CNN Hero, the Heinz Award, Goldman Sachs’ 100 Most Intriguing Entrepreneurs, The Grinnell Prize, and the Chronicle of Philanthropy Forty Under 40. He is also the author of Take Command: Lessons in Leadership: How to Be a First Responder in Business.

Jake is a master of disasters. When others run out, he runs in. For the last decade, he’s led Team Rubicon in deploying over 100,000 veterans with medical and rescue skills to disasters around the world. Now, they are building field hospitals, testing for COVID-19 and helping the needy in over 70 locations across the United States. Jake will tell you what it’s like to operate in a disaster zone and fight the coronavirus. He’ll share how he’s right now leading forces on the ground in communities nationwide, tell you what’s getting in his way, and give you some hope. It’s an inspiring and important conversation everyone should hear right now. It’ll prepare you to survive and thrive in the face of the virus.

Every episode of Angry Americans offers ways to turn your righteous anger into positive impact. This time, it’s supporting Team Rubicon’s urgent call to action. It’s a powerful episode of the pod that’s been recently featured in Variety, NPR, The New York Times and CNN.

For video of the conversation in this episode with Jake Wood –and for past conversations with Chris Cuomo, Rosie Perez, Henry Rollins, Rachel Maddow, Mayor Pete Buttigieg, Samantha Bee and more– join the Angry Americans community now. Angry Americans is connecting, uniting and empowering people nationwide–and is powered by Righteous Media.