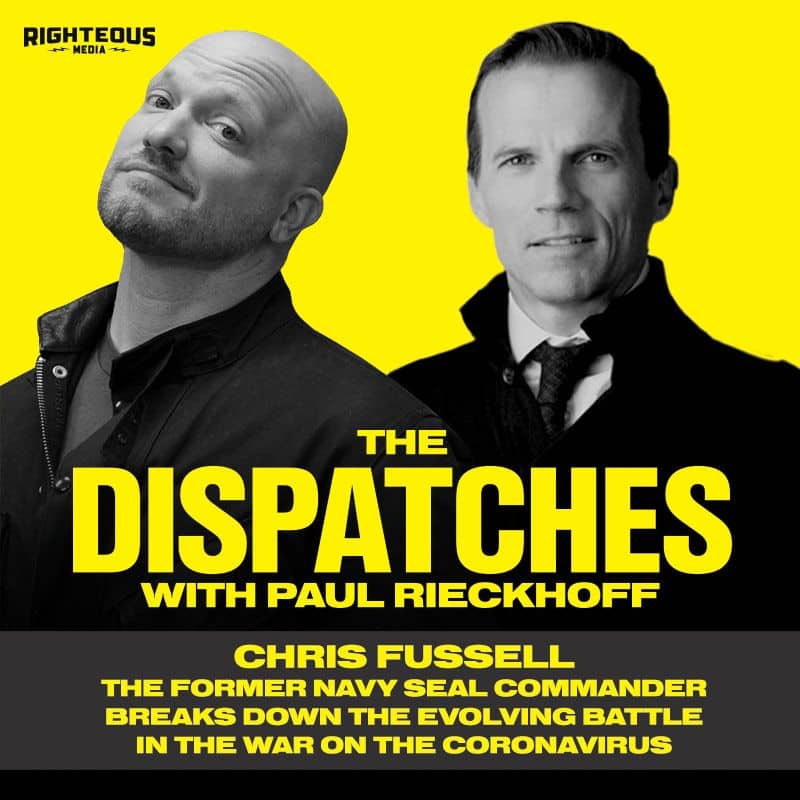 We are now a world at war. The coronavirus is the enemy we all face. And we are all united in our fight against that enemy. The Dispatches is a new quick-hit pod hosted by Iraq war veteran, author and activist Paul Rieckhoff that gives you news and information you can use in the fight to protect those around you, kill the virus and help win the war. In less than 20 minutes.

Our first ever Dispatches checks-in with Chris Fussell–former U.S. Navy SEAL, best-selling author and the president of McChrystal Group. Chris is the co-author of Team of Teams: New Rules of Engagement for a Complex World. He joined us for a longer conversation in Episode 50 of Angry Americans–one of our most compelling episodes yet. One month after that conversation, our war against the virus is now fully expanded across America. And Chris is back to give us his update on how the battlefield is evolving, grade the leadership of President Trump and Governor Cuomo, share how you can better prepare your family in the face of the latest threats, and weigh-in on the controversial firing of Captain Bret Crozier–the Navy Commander who spoke up to defend his crew of the USS Theodore Roosevelt aircraft carrier.

This Dispatches is packed with the same integrity, information, inspiration and impact you get from every episode of Angry Americans.

The Dispatches is a production of Righteous Media.