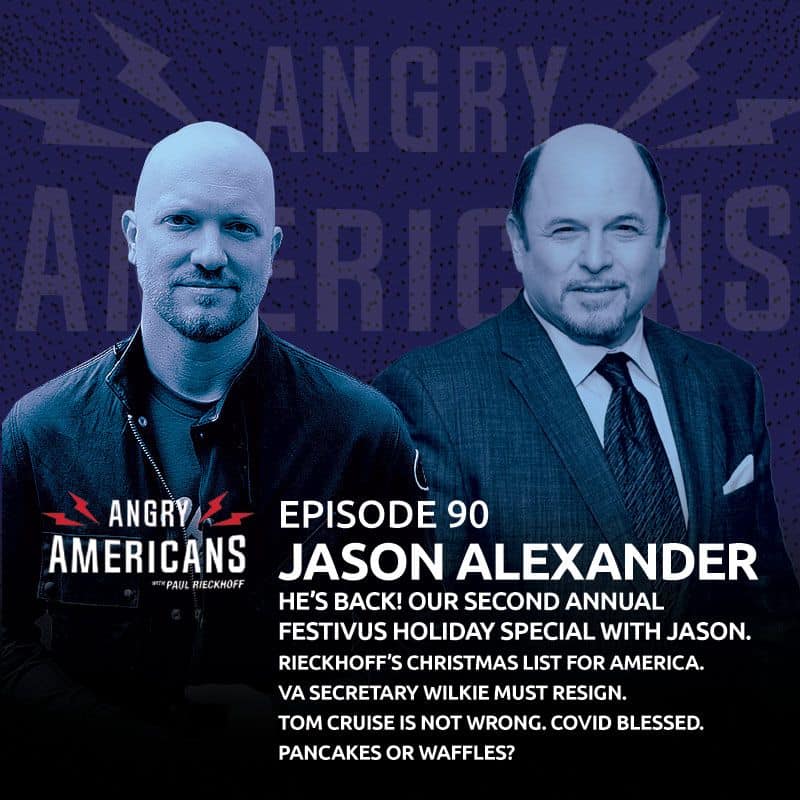 Festivus is here again! And so is the great Jason Alexander. Star of stage and screen, winner of Tonys and Golden Globes, loved worldwide as George Constanza on Seinfeld, and insightful dropper of knowledge. Festivus is a secular holiday, made famous by the show Seinfeld and is celebrated on December 23, as an alternative to the pressures and commercialism of the Christmas season.

After a massive year of serious conversations with Admirals, political leaders, artists–and after a year of pain, chaos and mayhem–the legend returns for Festivus—Jason Alexander [33:00] (@IJasonAlexander) returns to end our 2020 with wisdom, laughs, and perspective. He breaks down Biden’s victory, the Georgia Senate special election, the devastation of the entertainment industry, the first concert he ever attended, and pancakes vs waffles. And our Paul Rieckhoff (@PaulRieckhoff) breaks down the latest on the vaccine and the military, why every leading veterans group in America has called for Veterans Affairs Secretary Robert Wilkie to resign, why Mayor Pete Buttigieg could be perfect as Secretary of Transportation and professes his love for Emmet Otter’s Jugband Christmas. It’s a heart-warming, enlightening and inspiring episode that’s the perfect holiday treat.

You can also watch video of this conversation with Jason Alexander and a range of music, political, business and media players from Chuck D to Jeffrey Wright to Medal of Honor Recipient Flo Groberg to Sarah Jessica Parker to Stephen Colbert to Meghan McCain to Mayor Pete Buttigieg on the Righteous Media YouTube page. It’s political, social and industry diversity like no other show in America.