RIGHTEOUS MEDIA LAUNCHES EVERYBODY & THEIR MOTHER (HAS A PODCAST) 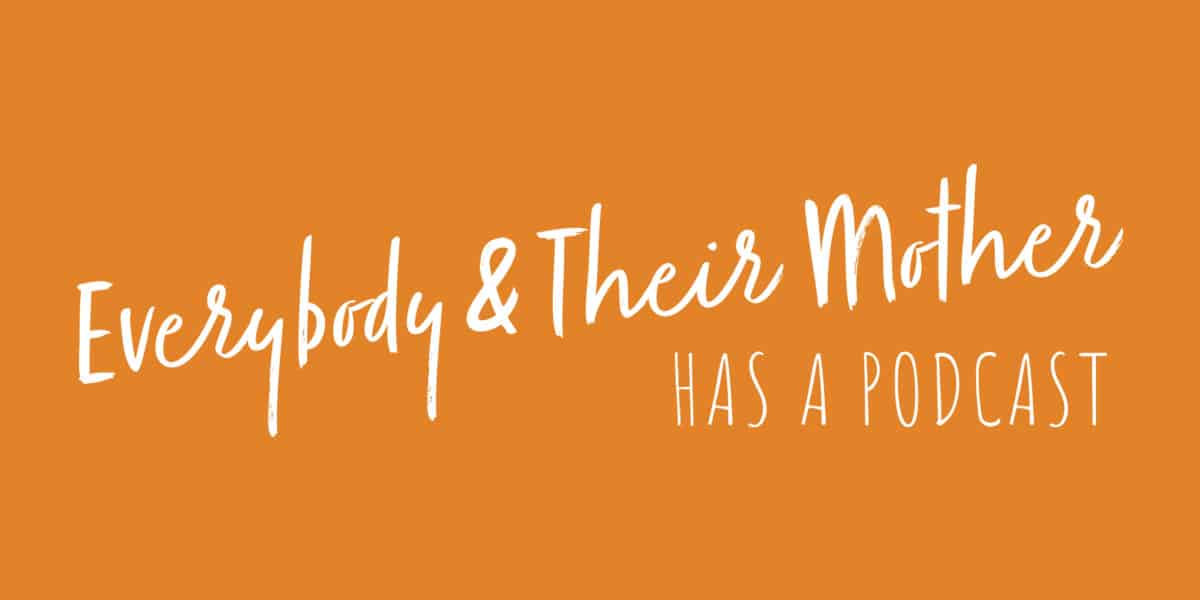 Everybody and their mother has a podcast. It’s true. It’s also the title of the newest podcast production from the powerful innovators at Righteous Media.

Everybody & Their Mother (Has a Podcast) launched a brand new season today, with Episode One, weeks before Mother’s Day.
Have you ever imagined creating a podcast with your mom? Rick Sorkin did. And he made it happen with his amazing mother, Sharon Kopelmann. And it’s amazing. Watch the trailer now here

And hear Episode One for free now here.

Since the pandemic hit, Rick and his mom (Sharon) have been quarantining together in a secret desert location. And it’s been VERY interesting. And fun and inspiring. Everybody takes you inside the house with Rick and Sharon, two other humans, (and their cat), and along for some very special adventures. From Rick’s music-making, to Sharon’s painting, to their shared passion for supporting and understanding the developmental disabilities of Rick’s brother, to breaking down current events–this show will bring smiles and warmth to your ears every time you download it. This charming, fun, inspiring weekly podcast will be like a warm cup of cocoa with your mom or best friend.

Rick is a little bit of everybody. He’s Santa Monica-based Music Producer, Multi-Instrumentalist, Creative Strategist, Plant-based Chef and Co-host of Everybody. He’s also 6’5”, ambidextrous and followed on Twitter by Barack Obama. Born and raised in Philly, Rick earned a Business and Music Degrees from The George Washington University. He’s spent time on Madison Avenue and in the center of Hollywood, where he created and contributed to many of the now-common global digital advertising and talent practices. He also executive produced the star-studded, get-out-the-vote event ‘Telethon for America’, has performed at the world-famous Hollywood Improv, and has been in about a million bands you’ve never heard of and has a forthcoming plant-based cookbook. And now, he has a podcast with his mom.

Sharon Koppelman is Rick’s amazing mom–and one of the best moms you’ll ever meet. She’s also an artist, career educator and the wise and learned life coach you wish you had. Sharon’s guiding philosophy is that everyone benefits personally by contributing to their household and their community, and therefore should be supported to do so regardless of ability level. She’s intelligent, kind and caring–and is Past Board Chair of SPIN, Inc., a non-profit that provides a life of possibilities and assistance to thousands. Sharon taught in the Philadelphia public school system and was adjunct Assistant Professor at Drexel University, where she taught in the Education program. Sharon holds a B.S.Ed from Temple University and an M.S.Ed from Gratz University. Sharon’s stand-up comedy experience has so far been limited to a single performance in Philly at the now-legendary Cabaret L’Etage. And now, she has a podcast with her son.

The last year has been a rough ride. This pod will help you recover from it. In a brash and loud world of arguing and chaos, Everybody is like a warm bath of nice and lovely content. It’ll soothe your soul–and leave you feeling better than when you started. And, as with every Righteous production, it’ll bring you the 5 I’s: independence, integrity, information, inspiration and impact.
Everybody and your mother has a podcast. But this one will quickly become one of your favorites. Call your mother. And subscribe now anywhere you get your podcasts or: Apple Podcasts. Google Podcasts. Spotify. Amazon. TuneIn Radio.

ABOUT RIGHTEOUS:
Righteous is the media company for independent and unaffiliated Americans and a rising force in new media content and community. Focused on news, politics and culture, and founded by renowned activist Paul Rieckhoff, Righteous powers innovative podcasts, video, television and film titles including Independent Americans with Paul Rieckhoff, The Dispatches, While the Rest of Us Die and more. Righteous is built around core values that we define as the “5 I’s”: independence, integrity, information, inspiration and impact.

Righteous is built around a simple principle: news and politics is important and interesting. And it should be independent. It doesn’t have to be the tool of one political party or the other. It can be patriotic without being extreme. And it doesn’t have to suck. It delves into music, sports, parenthood. It can be fun. Especially with the massive heaviness of the terrible shit happening in America right now, we all need a dash of levity. Enter Righteous. See more and join the movement at www.Righteous.us.