153. Molly McKew. Ukraine In the Crosshairs. Cyberwar with Russia Has Already Started. Putin’s Love of F&*%ery. Red Dawn 2022. Redefining War. The Klitschko Brothers On The Front Lines. The Russian Influence & Information Warfare Expert Is Back. 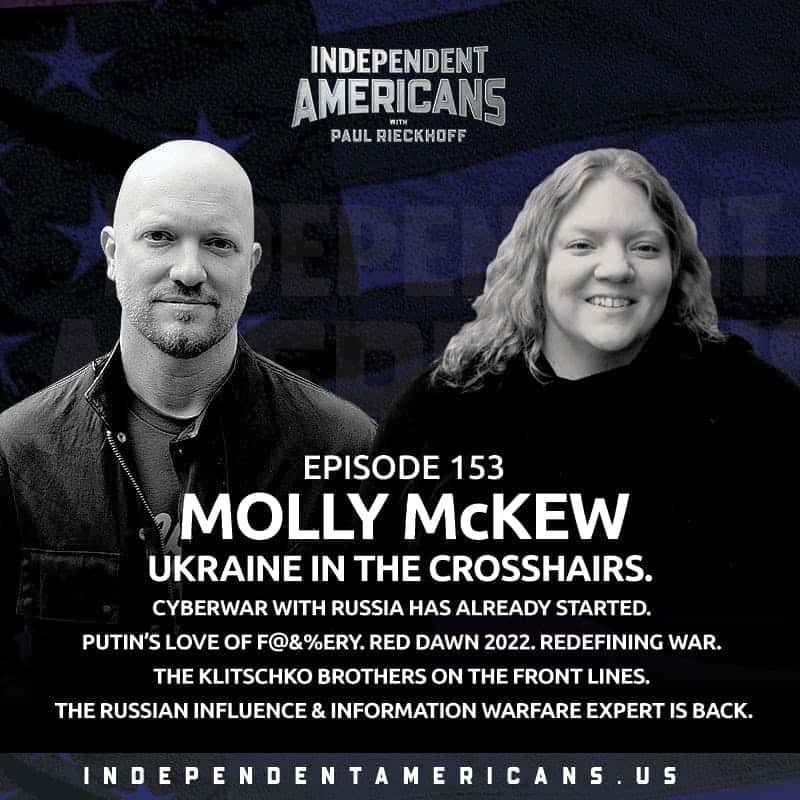 American diplomats are boycotting the Olympics, the Cincinnati Bengals are in the Super Bowl, and Russia is threatening war. It kinda feels like the 1980s again. And it is very much a time to stay vigilant.

Especially with regard to Ukraine. While the world watches to see if Putin will invade the country, the attacks have already begun. But not the conventional kind with bombs and tanks. Cyberwarfare is the new forward edge of modern combat. And Russia has already started waging it against Ukraine, the United States and others. Meanwhile, most Americans aren’t hearing much about the Ukrainian people. Even the most famous ones like heavyweight boxing champions and political activists Wladimir and Vitali Klitschko.

And we’re digging into it with information warfare and Russian influence expert, Molly McKew (@MollyMcKew ). After joining us in Episode 115 and Episode 84, one of our most interesting and popular guests is back. Molly has traveled the world studying, analyzing and advising on the most urgent cybersecurity, misinformation and technology-based threats. An adjunct professor at Georgetown with a love for cats, baking and sci-fi, Molly takes us into the sides of the Russian standoff that most of the media in America is missing. We explore what’s happening, what’s new and what’s next.

Every episode of Independent Americans hosted by Paul Rieckhoff (@PaulRieckhoff) is pulled from the most important news stories–and offers light to contrast the heat of other politics and news shows. It’s independent content for independent Americans. And delivers a blast of the Righteous Media 5 Is: independence, integrity, information, inspiration and impact. Always with a unique focus on national security, foreign affairs and military and veterans issues. This is another insightful pod to help you stay vigilant. Because vigilance is the price of democracy. In these trying times especially, Independent Americans will continue to be your trusted place for independent news, politics, inspiration and hope. Stay vigilant, America.

-Watch the full video of this conversation with Paul and Molly here.

-Also check out other Righteous Media podcasts including The Firefighters Podcast with Rob Serra and Uncle Montel – The OG of Weed.