154. Dan Lamothe. Damning New Reporting on the Afghanistan Debacle. Military Leaders Clashed with the State Dept as Kabul Fell. Biden Blocks Media Embeds for Ukraine. Where Are The Whistleblowers? The Washington Post Military Reporter On His Latest Work. 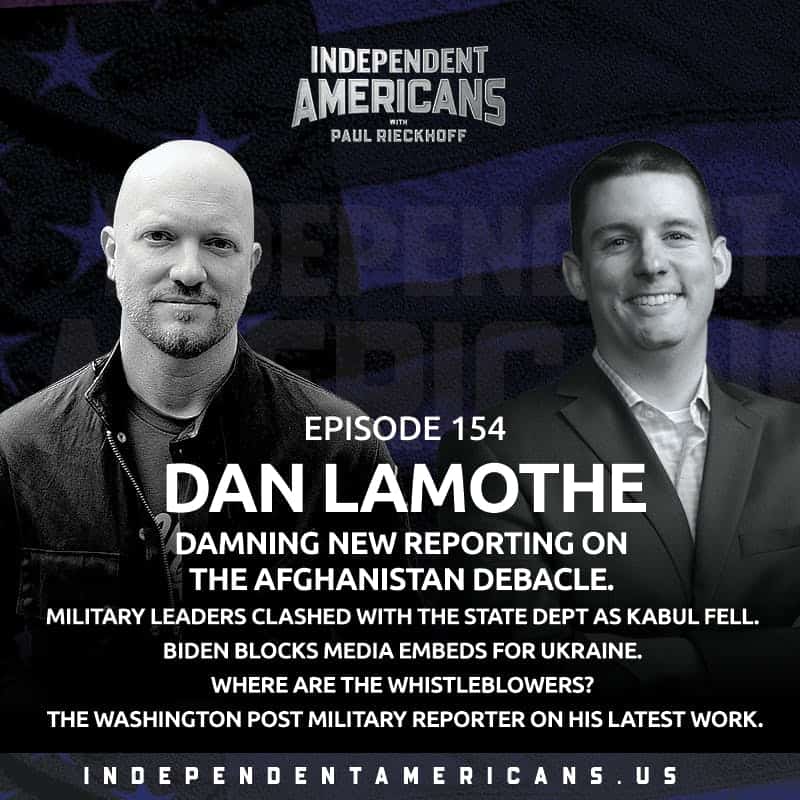 There is breaking news that you need to hear about. And so we’ve got a special episode to tear into it. Because especially in this already wild winter of 2022, now is a time to stay vigilant.

The US withdrawal from Afghanistan was filled with carnage, tumult and political spin. But after months of denying the facts on the ground, the truth about what really happened in those fateful days is finally starting to come out. New documents reveal the U.S. military was intensely frustrated with the White House, State Department and diplomats over the Afghanistan evacuation. The Washington Post broke the story, and the lead reporter who wrote it is here to talk about it.

Dan Lamothe (@DanLamothe) is one of the best military and Pentagon reporters in America. He has written about the US Armed Forces for more than a decade, traveling extensively, embedding with each service, and covering combat in Afghanistan numerous times. He joined us a year ago for Episode 96. And the intrepid reporter is again breaking news that you need to know more about.

He’ll also react to the Biden administration’s controversial decision to ban media embeds from the US deployment of troops in response to the Russian threat to invade Ukraine. Dan is a member of the Military Reporters & Editors Association–which recently called on the Secretary of Defense to reverse the decision and allow embeds. He’s also address why there have been so few whistleblowers since Biden has been elected.

-Get extra content, connect with guests, attend exclusive events, get merch discounts and support this critical show that speaks truth to power by joining us on Patreon. Our dedicated Patreon members got this special episode a full day before the public.

-Watch the full video of this conversation with Paul and Dan here.