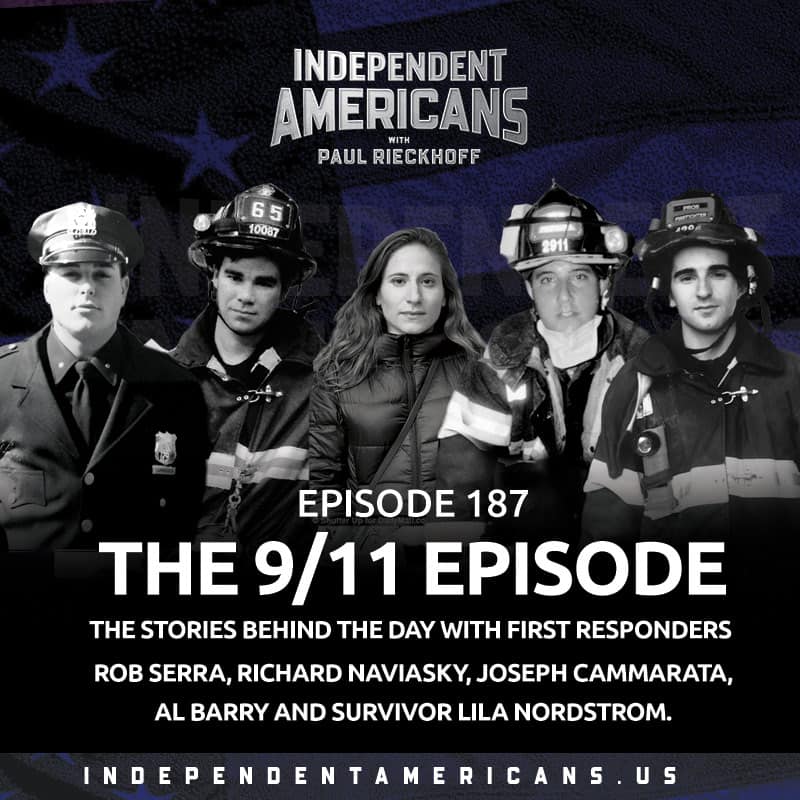 Host and founder Paul Rieckhoff (@PaulRieckhoff) was there at Ground Zero on 9/11. The Firefighters Podcast with Rob Serra host Rob Serra (@SerraRob) was there at Ground Zero on 9/11. They saw the horror first hand. They were there to witness it in person. The scale. The depth. The scope of it all. And while the rest of us watched in shock on TV, they were there, helping, scrambling through the wreckage trying to find survivors. Trying to find anything.

-Find us on social media and www.IndependentAmericans.us. Where you can also get IA merch.

-Wanna advertise on the pod and reach the most coveted voters in America? Hit us up.