73. Mayor Pete Buttigieg (Replay). The Democratic Convention. President Obama is Angry. The Dems Miss on National Security and Politicize The Troops. Trump Says No Americans Have Died in Afghanistan. The Octonauts Are Awesome. 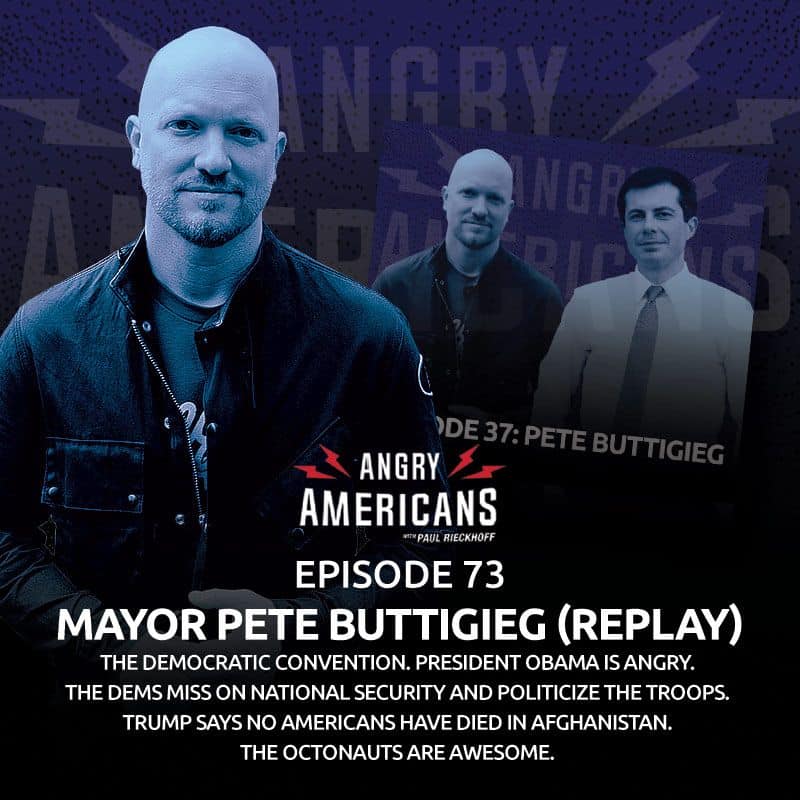 Our host, combat veteran, author and renowned independent activist Paul Rieckhoff (@PaulRieckhoff) rips into a weird and historic Democratic National Convention with a focus on national security, military and veterans affairs. Rieckhoff has himself attended every Democratic and Republic convention since 2004. He breaks down the winners and the losers–and how the democrats missed a massive opportunity on national security.

And as South Bend Mayor and Navy veteran Pete Buttigieg (@PeteButtigieg) [22:00] anchors the closing of the historic convention, we flashback to his extended and extremely candid conversation with Rieckhoff late last year before a packed audience in New York. At the height of his ascent as a candidate, Buttigieg was topping polls in Iowa and New Hampshire and sat down to share stories of his time in the Navy, his plans for a family, and what he’d do if he didn’t win the nomination. This groundbreaking Angry Americans (@AngryAmericans) conversation revealed sides of the political sensation that you’ve never heard before. He shares his favorite drink, how his military experience shapes his view on firearms, his funny Navy recruiter story, and whether or not he and his husband Chasten plan to have children.