74. Fred Guttenberg. The Powerful Parkland Dad Speaks Out On The Republican National Convention, The 17-year-old Shooter In Kenosha, Biden vs Trump, Getting Thrown Out Of The State Of The Union. Rieckhoff Rips into RNC, DNC, NBA, Hurricane Laura. 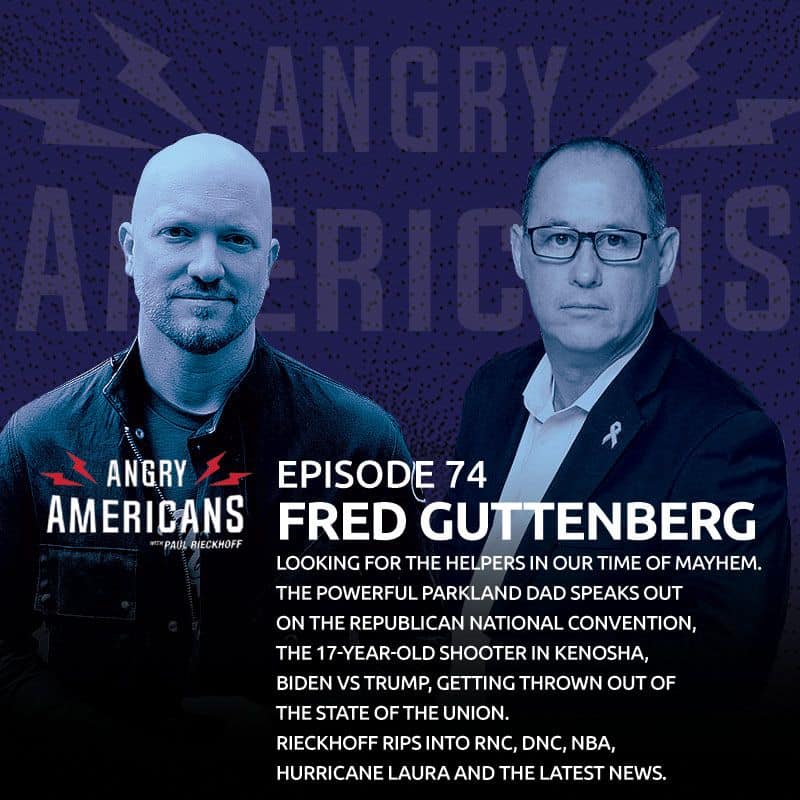 If anyone has a right to be angry it’s Fred Guttenberg. [10:31] He suffered a terrible loss when his 14-year-old daughter Jamie was shot at Parkland, Florida’s Stoneman Douglas High School. Despite his pain, he emerged the very next day. He spoke at a vigil addressing his community. It was carried nationally and the entire country was riveted by what he said. And he has not stopped ever since then. Our host, combat veteran, author and renowned independent activist Paul Rieckhoff (@PaulRieckhoff) sits down with activist Fred Guttenberg (@fred_guttenberg) for a gripping conversation spanning his grief and how he used that experience to move forward, the current state of our country, the chaos of Donald Trump, and the pandemic.

And of course we’ve got your weekly breakdown of the latest news and headlines. Rieckhoff tears into the insanity of the Republican National Convention, the politicization of our troops by everyone, the chaos in Kenosha, Wisconsin, and in case you blinked and missed it, Russian forces attacking and injuring our troops in Syria. Plus he shares his thoughts on Biden’s speech and what it might mean for all of our futures. It’s an inspiring episode that’s bringing light not heat.