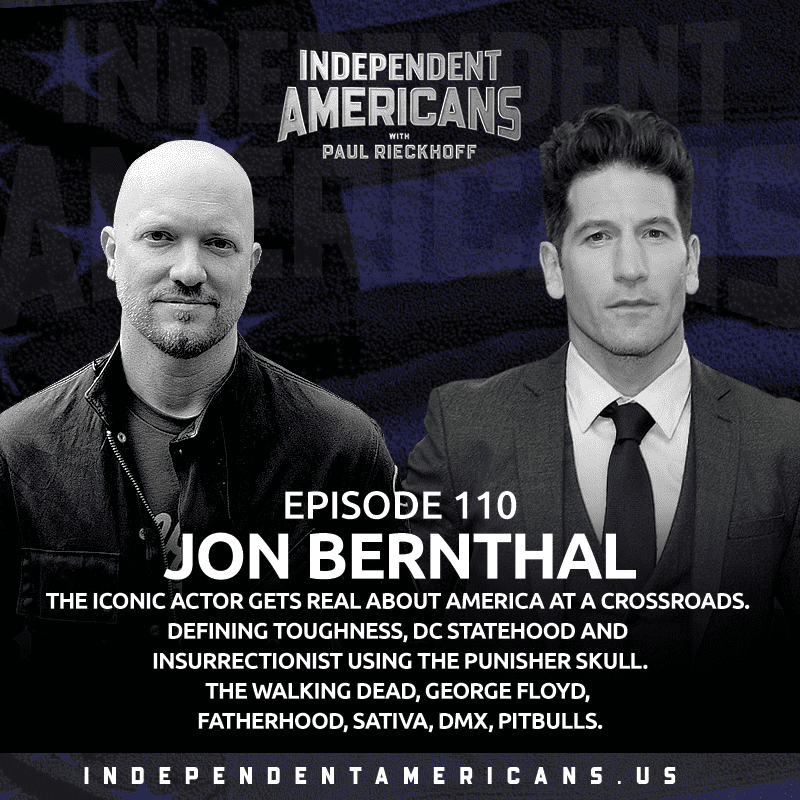 President Biden has declared the war in Afghanistan over. The George Floyd murder case continues to unfold. Coronavirus variants are spreading fast. And the J & J vaccine is on pause. It’s still a tough time in America. 100 days into the Biden presidency, things remain pretty damn turbulent. And Americans are still deeply divided. But millions are vaccinated, our troops are coming home from the longest war in our history, and summer will be here soon. And we are finally looking back on the last few very tough years, and trying to chart a better course forward. That includes exploring what it means to be a leader, to be a citizen, to be a patriot, and to be tough. Far too often in America lately, tough has been defined by a fist. But some are trying to redefine toughness with an open hand–instead of a clenched one. With soft power, instead of hard. And most of all, with an open heart. As we all process the brutal drama of the last year, we’re all exploring what it means to be survivors of this life, this time, and his pandemic. And we’re all at least a little bit tougher.

And few have defined American toughness on our screens over the last decade like Jon Bernthal (@JohnnyBernthal). And few define toughness better in real life. After growing up DC, facing down tremendous adversity, and grinding for two decades, Jon has now emerged as one of the most dynamic and exciting actors in Hollywood. America has come to love him in defining roles on The Walking Dead, The Pacific, The Wolf of Wall Street, Fury, Sicario, Baby Driver and Ford v Ferrari. And as Frank Castle, in The Punisher. Soon, he’ll star in The Many Saints of Newark, the prequel of The Sopranos, the reboot of American Gigolo on Showtime, and King Richard, a story about the early days of Venus and Serena Williams. Bernthal’s one of the hardest-working actors in America. He’s also one of the coolest–and one of the most real.

He’s married to a nurse, dedicated to his family, and worked for causes ranging from the USO to protecting pitbulls to founding Drops Fill Buckets. Bernthal’s a guy who shaped what it means to be American to the world. And he joins us on Independent Americans for a raw and real conversation spanning the debate around statehood for DC, to the George Floyd trial, to the insurrection in his hometown. Bernthal (a boxer) pulls no punches. He’s known our host, Paul Rieckhoff (@PaulRieckhoff), for 20 years. And he opens up about what makes him happy, the impact of DMX on his life, and why he’s optimistic about the future..

America is deeply divided. But not about the things Jon’s been a part of. And Independent Americans is killing misinformation like Shane Walsh killed zombies in The Walking Dead. And we’re bringing a punishing Frank-Castle-like blast of light to contrast all the heat of other political pods. We’re bringing the Fury of the Righteous Media 5 I’s: independence, integrity, information, inspiration and impact. If you’re a concerned citizen who cares about the future of your country, this is your pod. Be a part of the solution. Join us for exclusive access and events by becoming a member of our Patreon community. Get access to events, guests, merch discounts, a Zoom Happy Hour event this Friday, and exclusive content. And check out new IA merch! Camping mugs, t-shirt and more.

You can also see video of this conversation with Jon Bernthal and 100 others from Sarah Jessica Parker to Meghan McCain; Stephen Colbert to Mayor Pete Buttigieg on the Righteous YouTube page. Independent Americans connects, informs and inspires–and is powered by Righteous Media. Find us on your social media platforms or www.IndependentAmericans.us.