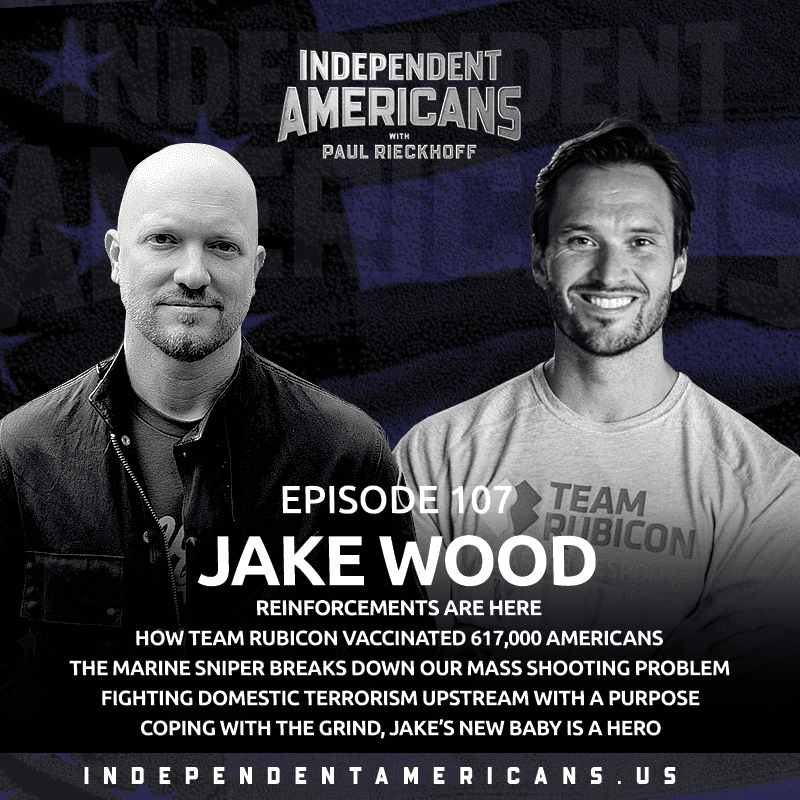 Things are warming up in America. And hope is finally spreading faster than the virus. It looks like the second half of 2021 will be a whole lot better than the last year. That’s thanks to the dramatic increase in focus, coordination and teamwork. It’s also thanks to courageous leaders like Jake Wood (@JakeWoodTR)–social entrepreneur, Marine Corps combat veteran, author and CEO of the disaster relief powerhouse non-profit Team Rubicon.

Jake at the start of the pandemic in Episode 54. One year later, he’s back–and leading a massive effort that has administered 617,649 vaccines nationwide and counting. He launched the Veterans Coalition for Vaccination (VIC). Vaccinating over half a million people in places from Navajo Nation in Kayenta, Arizona to inner city Chicago, the unity of the six of the nation’s top veteran organizations—Team Rubicon, the Iraq and Afghanistan Veterans of America (IAVA), Student Veterans of America (SVA), Team Red, White & Blue, The Mission Continues, and Wounded Warrior Project—is a model for American unity. Unitedunder Jake’s leadership, these groups have more than a million veterans at their disposal and created an unprecedented coalition to overcome geographic and socioeconomic barriers and get vaccinations to hundreds of thousands.

Things are getting better in much of America. But it’s not all roses. A new mass shooting happened in Colorado, the FBI is still hunting down insurrectionists, domestic extremism threats are on the rise–and there is still tremendous misformation preventing millions from getting vaccinated. Jake joins Independent Americans and our host Paul Rieckhoff (@PaulRieckhoff) for a blunt and inspiring conversation about the most urgent issues facing us all. The former Marine Corp sniper and a gun owner breaks down shootings from a place of deep experience. He’s also a father of a newborn baby girl that faced down dangerous and harrowing heart surgery just days after being born. Jake opens up about what that was like—and what he learned. And the two renowned combat vets rip into how America can find a better future and how to stay strong–even when you’re tired and exhausted.

As we all push through the exhaustion of a year of the pandemic, Independent Americans is bringing you more information and inspiration to help you and yours power into a brighter second half of 2021 and whatever comes next.

America is still deeply divided. But Independent Americans is a powerful jolt of reason that adds light to contrast all the heat of other political shows. Every show brings the Righteous Media 5 I’s: independence, integrity, information, inspiration and impact–and leaves you empowered and informed.

You can also see video of this conversation with Jake Wood and over 100 leaders from Chuck D to Chuck Hagel; Sarah Jessica Parker to Meghan McCain; Stephen Colbert to Mayor Pete Buttigieg on the Righteous YouTube page.

Independent Americans connects, informs and inspires–and is powered by Righteous Media. Find us on your favorite social media platforms and www.IndependentAmericans.us.